Lot will depend on Indian openers in chase

Following an intriguing day of Test cricket on Sunday, both India and New Zealand were left jostling for ascendancy. Neither team would feel that they have the upper hand just as yet.

Following an intriguing day of Test cricket on Sunday, both India and New Zealand were left jostling for ascendancy. Neither team would feel that they have the upper hand just as yet. However, one good session on day four, and the match could swing either way. In fact, a lot would depend on the manner in which Indian openers Virender Sehwag and Gautam Gambhir perform. While the former has looked good before getting out, the latter has been in poor form, to put it simply. At least one of the two will need to change the script on day four. 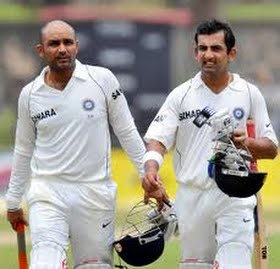 Openers play a significant role at any point in a Test match. However, their effort in a fourth innings chase is most vital since it sets the tone for the team’s pursuit. If either Sehwag or Gambhir, or even better both, can get India off an assured start, the pressure on the remaining batters would be reduced that much. New Zealand, on the contrary, would be keen to see the back of India’s openers early for they are aware that it would give them their best chance of squaring the two-Test series.

Remember this is an Indian side minus Rahul Dravid and VVS Laxman, so if the Kiwis can send back the openers cheaply, they would certainly fancy their chances. Although the likes of Cheteshwar Pujara and Virat Kohli are talented, they aren’t experienced enough in such a situation. Pujara did play at match-winning knock against the Aussies at this same venue in the fourth innings, but that was a good two years back. Also, India need to keep in mind that Kohli is bound to have a failure sooner or later, he is human after all. If that happens in the fourth innings at Bangalore, India could be in deep trouble with Sachin Tendulkar being woefully out of sorts.

Before setting off for the chase, India have to make sure that they pack off the last Kiwi pair standing as soon as possible. That should be the primary task at the beginning of day four. M S Dhoni and co cannot begin thinking about the chase before that else they could get distracted and allow the New Zealanders to add some vital runs to the target, which has already assumed challenging proportions. If India can roll over the Kiwis swiftly, it will keep their batsmen fresh for the chase.

Looking back at the game so far, both sides would be slightly disappointed at having given away the advantage. After putting up a challenging first-innings total, New Zealand had India on the mat, but allowed them to get away. India, on the other hand, frittered away the advantage they had gained thanks to Kohli, only to the hand it back to New Zealand. They fought back well with the ball, and now it will all depend on which team comes up with its best on day four.