Ireland recently thumped Scotland by seven wickets to lay their hands on the World Cricket League Championship Trophy. The development was the latest in the growing list of honours for the Ireland cricket team.

Ireland recently thumped Scotland by seven wickets to lay their hands on the World Cricket League Championship Trophy. The development was the latest in the growing list of honours for the Ireland cricket team. It is very much clear by now that they are far superior to the other non-Test playing nations like Namibia, Afghanistan, Netherlands and, to an extent, even the experienced Kenyan side. The way they dominated the World Cricket League Championship was a clear indication of the fact that they are champion side when it comes to the lower-placed sides of international cricket.

Following the impressive performance in the 2011 World Cup, a statement had come out of Ireland which said that they are hoping for Test status by the year 2020. If they continue to perform in the manner that they have done over the last half decade, there is no reason why they shouldn’t get Test status. It can be argued that with Zimbabwe and Bangladesh already among the Test-playing nations, having another weak side could be disastrous for the longer version of the game. But, if Zimbabwe and Bangladesh continue floundering, Ireland can be brought into the Test fold by demoting either of the two other struggling nations.

Ireland deserve a run at the higher level of international cricket since they have performed incredibly well ever since making their international debut. They were magnificent in the 2007 World Cup, defeating the mighty Pakistan of all nations and putting up a good show against the rest as well in spite of going down. No one expected Ireland to win any matches at the World Cup. Their few fans had hoped that they at least complete. But not only did Ireland give the teams a tough fight, they even made it past the first round in the debut World Cup attempt. 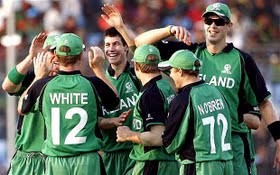 As if to prove that their 2007 effort was no fluke, Ireland came up with another sensational effort to shock England during the 2011 World Cup held on the subcontinent. It was a performance of the top order. Again, while they did not win the other matches, they were once again highly competitive, which won they a lot more fans and admiration. This zealous, never-say-die attitude of Irish cricket has infused a fresh breath of air into international cricket, which was getting rather stagnant in terms of teams and results.

Ireland have a number of quality players in their squad at present. In William Porterfield, they have a highly competent opener. The O’Brien brothers are highly talented as well in different ways – while Niall can hold the innings together Kevin can tear apart any bowling attack on his day, as England found out during a couple of seasons back. The likes of Paul Stirling, Gary Wilson and Andrew White have also tasted their share of success on the big stage. Most importantly, remember, it is Ireland that produced the great talent named Eoin Morgan, who is now leading England. Even fast bowler Boyd Rankin has joined Morgan in the English side. Clearly, this Irish side is here to stay.