Afghanistan captain Mohammad Nabi hailed his spinner Mujeeb Ur Rahman and Rashid Khan after the the two played stellar roles in the team’s Asia Cup 2022 win over Bangladesh on Tuesday (August 30). Both bowlers claimed three wickets each as Afghanistan held their opponents to 127 for 7 after losing the toss and bowling first.

In the chase, Afghanistan found themselves in a spot of bother at 62 for 3 at the end of the 13th over. However, Najibullah Zadran (43* off 17) and Ibrahim Zadran (42* off 41) complemented each other brilliantly as Afghanistan romped home to victory in 18.3 overs.

Following the win, Nabi praised both Rashid and Mujeeb. He said at the post-match conference, “Everyone knows both Mujeeb and Rashid are world class bowlers. They again showed their talent and ability. We plan to take early wickets to be ahead in the game.” 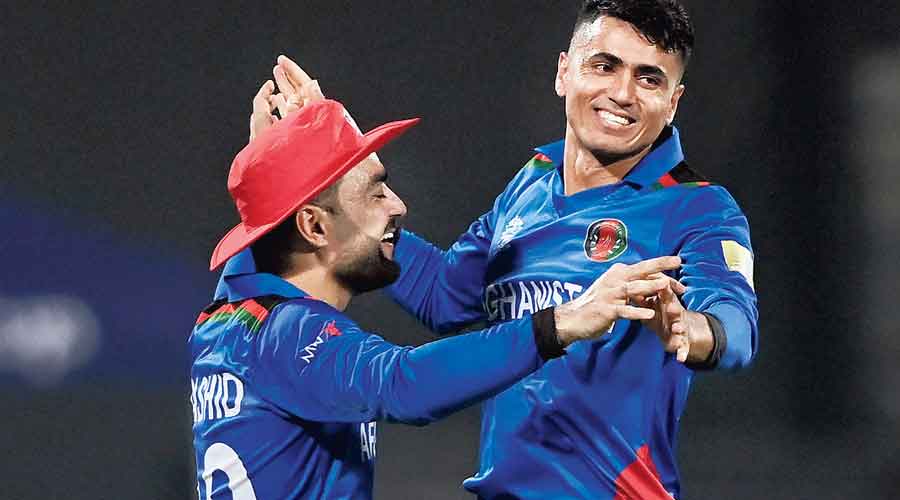 On the batting performance, he added, “Everyone knows that we have power hitters in our team. We finished the game really well. (Rahmanullah) Gurbaz tried a lot but couldn't hit them well. Shakib (Al Hasan) bowled brilliantly.”

For Bangladesh, it was another listless effort in their growing collection of poor T20 performances. Speaking after the disappointing game, Bangladesh skipper Shakib said, “It is always tough when you lose 4 wickets in the first 7-8 overs. We were in the game for the first 14-15 overs. Credit to Afghanistan.

“In a T20 game, whoever is standing up for the team should it take it till the end. Mosaddek played well but we needed more contributions, We knew Najibullah is a dangerous batsman. We thought we had the game when they needed 60 odd in the last 6 overs. But credit to Najibullah,” he added.

Batting first, Bangladesh crumbled to 53 for 5 in the 11th over. Mosaddek Hossain (48* off 31) and Mahmudullah (25 off 27) brought some stability to the batting effort. But it was a case of too little too late as Afghanistan booked their place in the Super 4 of the Asia Cup 2022 with the terrific triumph.