Young leg-spinner Ravi Bishnoi has earned his maiden call-up to the Indian team for the upcoming limited-overs series against West Indies. Bishnoi has been picked in both the ODI and Test squads. He rose to prominence during the 2020 Under-19 World Cup and has also impressed in the IPL editions he has featured in. The youngster has already been snapped up by the new IPL franchise Lucknow Super Giants as their third pick for the 2022 season.

Interestingly, the selectors have picked batting all-rounder Deepak Hooda for the ODIs while left-arm spinner Kuldeep Yadav also makes a comeback to the one-day squad. Fast bowler Avesh Khan finds his name in both squads while Harshal Patel retains his T20I spot. Struggling veteran Bhuvneshwar Kumar has been named in the T20 squad despite his poor recent returns.

Both the teams will be led by Rohit Sharma, who returns after having missed the South Africa series due to a hamstring injury. KL Rahul, who struggled as stand-in captain in South Africa has been picked as vice-captain. Veteran offie Ravichandran Ashwin is not part of either squads but, according to reports, he is undergoing treatment. 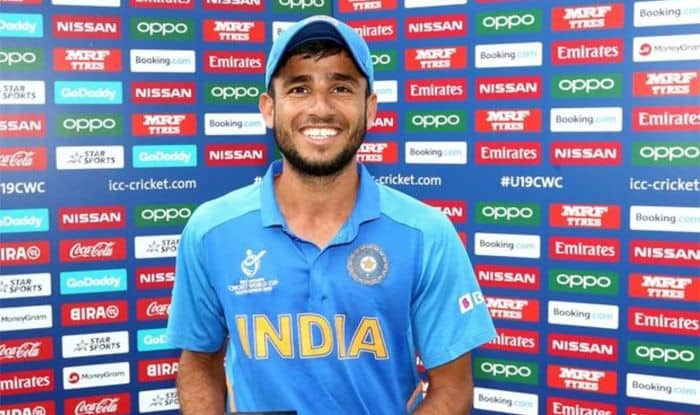 Ashwin’s Tamil Nadu teammate Washington Sundar makes a return after being forced to miss the tour of South Africa due to Covid. Experienced pacers Jasprit Bumrah and Mohammed Shami have been rested while all-rounder Venkatesh Iyer finds his name only in the T20I squad.

Unlike the speculations, there is no place for Hardik Pandya while Ravindra Jadeja also remains unavailable as he is recuperating from injury. An official BCCI release informed that Rahul will be available from the 2nd ODI onwards while Axar Patel will be available for the T20Is.

India will play three ODIs at the Narendra Modi Stadium in Ahmedabad from February 6 followed by the T20I series at the Eden Gardens in Kolkata from February 16.