Irfan Pathan retires from cricket, calls himself fortunate to share the dressing room with legends

Former India all-rounder Irfan Pathan on Saturday announced his retirement from all forms of cricket with immediate effect. Irfan made his international debut during the famous Adelaide Test

Former India all-rounder Irfan Pathan on Saturday announced his retirement from all forms of cricket with immediate effect. Irfan made his international debut during the famous Adelaide Test in 2003 and picked up the wicket of Matthew Hayden.

"I am announcing retirement from all forms of cricket. I have been fortunate to share the dressing room with greats of the game like Tendulkar, Ganguly, Dravid, and Laxman. I am calling time on my career," Irfan Pathan said while announcing his retirement. 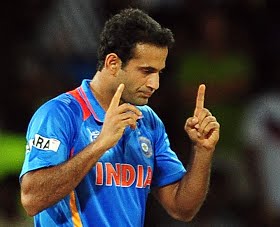 Irfan, who grabbed the limelight early in his career for his ability to swing the ball both ways, was India’s second bowler to claim a hat-trick in Test cricket after Harbhajan Singh. He achieved the feat in the Test match against Pakistan in Karachi in 2006. Pathan dismissed Salman Butt, Younis Khan, and Mohammad Yousuf, and remains the only bowler to pick up a hat-trick in the 1st over a Test match.

Irfan’s other big achievement was winning the man of the match in the 2007 World T20 final against Pakistan. Irfan claimed exceptional figures of 3 for 16 in his four overs. However, such glorious moments were few and far in between after that as he lost pace, and his place in the side.

"I will keep contributing to Indian cricket, but it is always better if someone else takes my place in domestic cricket. There are a lot of other things in store for me and I will keep focusing on them," Pathan told Star Sports.

"In domestic cricket, too, I have been part of Jammu and Kashmir cricket and after last season, I thought what's the motivation to play any more?" he added.

Irfan’s last domestic match was for Jammu and Kashmir in the Syed Mushtaq Ali Trophy T20 tournament against Kerala in February 2019. Later, Pathan took up the role of coach-cum-mentor with Jammu and Kashmir Ranji team.