India captain Mithali Raj has vowed a that India will give a tough fight to hosts England in the Women’s World Cup final 2017.

India captain Mithali Raj has vowed a that India will give a tough fight to hosts England in the ICC Women’s World Cup final 2017. India beat England by 35 runs in their opening match, but the hosts have since been in irrepressible form.

“As a team we are all very excited to be part of the final. We knew that this tournament wasn’t going to be easy but the way the girls have turned up at every situation when the team needed, whether it was the batters or bowlers,” Raj told the reporters during a media interaction, according to PTI. 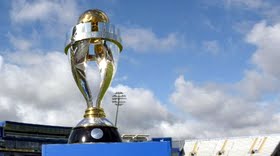 “It definitely isn’t going to be easy for England. But it will come down to how we perform on that day. We really have to work on our planning and strategy because England have also peaked after being defeated by us in the first game.

“They have performed well in the run up to the final, so playing a host in their own country is going to be a challenge. But saying that this unit is up for it,” she added.

“After losing we made a comeback against New Zealand and winning a semifinals against Australia is a huge achievement,” the confident Indian captain went on to say.