Despite all the time lost due to rain in the Colombo Test, New Zealand managed to level the series against Sri Lanka with a combative triumph by an innings and 65 runs

Despite all the time lost due to rain in the Colombo Test, New Zealand managed to level the series against Sri Lanka with a combative triumph by an innings and 65 runs as their bowlers cleaned up an under-pressure Sri Lanka for a paltry 122.

New Zealand decided to bat for five overs in their innings as BJ Watling was approaching a century, which he duly completed. Watling was unbeaten on 105, his seventh Test century, when the declaration came. The formalities done, the Kiwis declared at an impressive 431 for 6, as against Sri Lanka's first innings total of 244. 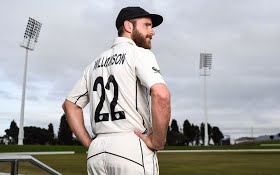 A swift batting performance meant, New Zealand had 91 overs left to get rid of Sri Lanka, with a handy lead of 187. They bowled brilliantly and Sri Lanka crumbled under pressure to find themselves at 32 for 5. From there on, there was no way back as Sri Lanka folded up and the series was squared.

Speaking at the post-match presentation, Williamson was happy to end up on the right side after a couple of unpleasant experiences. A bizarre boundary count rule robbed them of the World Cup while Dimuth Karunaratne's splendid hundred undid all their hard work at Galle.

“A great effort to push for victory and ultimately come out on the winning side. Naturally when the game starts coming so close, and the light’s always a factor here as well this time of the year," Williamson stated at the post-match presentation.

Sri Lanka suffered as their first Test hero and skipper Dimuth Karunaratne could not open the innings as he had suffered an injury while fielding. He had to bat at number seven.

Even coming in at that low position, Karunaratne did not give in. He and Niroshan Dickwella featured in a gritty half-century stand for the sixth wicket to keep Lanka's flame of hope alive.

It wasn't to be though as Karunaratne was trapped lbw by Tim Southee for 21 while Dickwella went on to make a fifty. They however couldn't stop the Kiwis' march towards victory.

Reflecting on the loss, Sri Lanka skipper Karunaratne said his team got too few in the first innings and that, eventually, was responsible for their defeat.

“I think it was a pretty good wicket. We needed to be patient and put a big score, 240-odd wasn’t enough. We need some partnerships, we keep losing wickets regularly. That’s the key, once the batters get a start, we need to get a big one," Karunaratne admitted.

The Test series tied, the teams now head to Pallekele for the first of the three T20s on Sunday.