CLT20 2012 will see 10 teams taking part in the fourth edition of the tournament which will be held from October 10th to 28th. 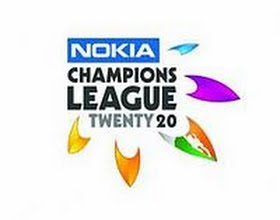