Sri Lanka finished Day 2 of the Third and Final Sunfoil Test at Newlands in Cape Town at a promising 149 for 2 in reply to the massive total of 580 for 4 declared by South Africa.

Sri Lanka finished Day 2 of the Third and Final Sunfoil Test at Newlands in Cape Town at a promising 149 for 2 in reply to the massive total of 580 for 4 declared by South Africa. The Proteas had declared their first innings just few minutes before Tea and the Lankans batted through 39 overs losing its openers. Skipper Tillakaratne Dilshan batted superbly for his 78 which came in just 79 balls with 12 fours.

The visitors have a mountain to climb with a huge deficit of 431 runs staring at them. Avoiding the follow-on for now will be a great achievement for Sri Lanka as that will make the Proteas bat again. The visitors have got Kumar Sangakkara on 35* (from 72 balls) alongside Mahela Jayawardene escaped an lbw in the last over of the day’s play to remain unbeaten on 7 at stumps. 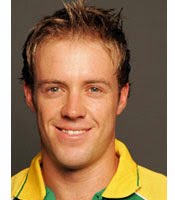 Earlier, the South Africans had continued their run feast as Jacques Kallis went onto score a double century. He finished with a career best of 224 which came in 325 balls with 31 fours and a six besides spending 434 minutes at the crease. Kallis added 192 runs for the fourth wicket with AB de Villiers. This is only Kallis’ second double century of his career.

AB de Villiers resuming on an overnight 45* remained unbeaten on 160 which took him just 205 balls. The South African ODI Captain smashed 19 fours and 2 sixes in what was his 13th Test century. An out of form Jacques Rudolph who was demoted to no.6 saved his place with an unbeaten 51 from 71 balls with 6 fours. The Proteas declared at 580 for 4 having batted 139 overs.