An enraged S Sreesanth took to Twitter to express utter disappointment and anger at the Kerala High Court's decision to restore the life ban imposed on him by the BCCI. He described the verdict as the worst decision ever.

"This is the worst decision ever..special rule for me what about real culprits?What about chennai super kings ? And what about Rajasthan ?" Sreesanth wrote on his twitter handle.

Thanking his fans for their support, he added he would keep on fighting. "Thanks a lot for all the support Nd encouragement given so far. I assure u all that I'm not giving up..I will Keep at it..Nd alwys believe "Anyway all I have is my family and lots of dear ones who still believes in me..I will keep fighting and make sure I don't give up.." 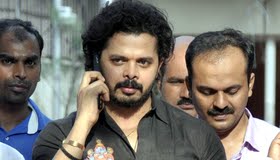 Hitting out further on BCCI and the court verdict, the former fast bowler added, "And what about the accused 13 names in Lodha report?? No one wants to know about it?i will keep fighting for my right..God is great."