Sam Curran claimed 5 for 10 as England beat Afghanistan by five wickets in a Super 12 match of the ICC Men’s T20 World Cup 2022 in Perth on Saturday, October 22. England bowled first after winning the toss and Curran’s brilliance restricted the opposition to 112 in 19.4 overs. Mark Wood struck early for England, sending back Rahmanullah Gurbaz for 10. At the other end, Ben Stokes sent back a struggling Hazratullah Zazai for 7 off 17 deliveries.

Curran had his first when he ended Ibrahim Zadran’s resistance on 32. Afghanistan were 62 for 3 at that point, but their innings went completely off the track after that. Najibullah Zadran (13) and Afghan skipper Mohammad Nabi (3) also fell cheaply to Stokes and Wood respectively.

Curran then ran through the middle and lower-order, dismissing Azmatullah Omarzai, Rashid Khan, Usman Ghani and Fazalhaq Farooqi. Ghani held one end up for 30 before he was the penultimate wicket to fall. Apart from Curran, Stokes claimed 2 for 19, while Wood registered figures of 2 for 23 from his four overs. 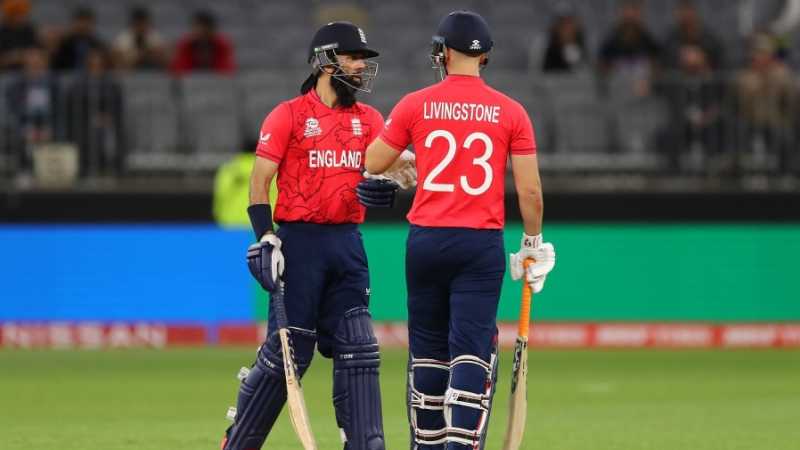 Chasing 113, England made a decent start, reaching 35 for no loss before Jos Buttler (18) was sent back by Fazalhaq Farooqi for a run-a-ball 18. Alex Hales (19) then perished to Fareed Ahmad, trying to take on the pacer. Stokes (2) was cleaned bowled by an arm ball from Nabi, who also took a superb diving catch to send back Dawid Malan off Mujeeb Ur Rahman’s bowling. Harry Brook (7) was Rashid’s first victim, but Liam Livingstone (29 not out off 21) kept his calm and took England over the line.

Speaking after the nervous win, England captain Jos Buttler said, “Coming into the tournament, there's always a few nerves. We've been playing a lot of cricket to buld up to this point. There's a lot of anticipation. To get out there and get a win under our belt is fantastic. Fielding is a huge part of this game. It was a fantastic effort in the field.”

On the defeat, Afghan skipper Nabi admitted it was not a good start to the tournament. He added, “But we tried our best to play good cricket. Everyone knows England are one of the best T20 teams. The pitch was more suitable for England. We didn't put a good total on the board. They took 2-3 good catches. We thought 140-150 would be a good total to fight but we couldn't get there.”