Win the Indian Premier League and book a ticket to the Champions League Twenty20: this was the simplest formula at the beginning of the tournament.

Win the Indian Premier League and book a ticket to the Champions League Twenty20: this was the simplest formula at the beginning of the tournament. And while we still await the champion to be crowned, Indian representation in the CLT20 has already been tick-marked.

Toppers of the points table Royal Challengers Bangalore were the first to book the elite berth but ironically are still not confirmed in the final, having lost the first Qualifier to Chennai Super Kings. They will now face Mumbai Indians– who beat Kolkata Knigh Riders in the Eliminator on Wednesday – in Qualifier-2 on Friday that will decide the second finalist. 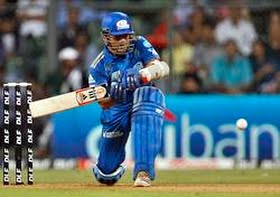 This means that RCB, who are the first to make it to the CLT20 bracket, may ironically not even reach the final, let alone win the League.

Chennai Super Kings – by virtue of being the finalist – will also slug it out with the world's best T20 clubs later this year. They earned the spot in a stunning victory over the Bangalore outfit that leaves the Vijay Mallya-owned team in the ironical situation they are in.

Call them winner of the Eliminator or possible loser of Qualifier-2, Mumbai Indians complete the lineup of Indian teams in the CLT20. They have arguably been the most consistent team of the tournament apart from the three losses on the trot towards the concluding stages of the league phase. And other than RCB, they deserve to play the Champions League.

So one of these three – Royal Challengers Bangalore, Chennai Super Kings and Mumbai Indians – will try to repeat what Chennai did last year: win the IPL as well as the CLT20.