IND vs SL 1st T20 Preview, Live Score: Having thrashed the Australians 3-0 in their home conditions, India now return to the comfort of their home for a three-match T20 series against Sri Lanka

Having thrashed the Australians 3-0 in their home conditions, India now return to the comfort of their home for a three-match T20 series against Sri Lanka, which is being seen as a preparation for both the Asia Cup as well as the World T20 to follow, which will be held in Bangladesh and India respectively. India had a poor time in the one-dayers in Australia, but came back strongly to thrash the hosts in the T20 format, dominating with both bat and ball. Apart from the conditions, Sri Lanka's experienced squad, which will be missing some of their key names, will give India an added advantage as the series kicks off on Tuesday at Pune. 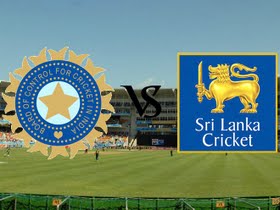 The big development in the Indian camp is obviously the fact that Virat Kohli, who batted spectacularly during the entire duration of the tour Down Under has been rested. But, even in absence of India's Test captain, the team's batting remains formidable. Rohit Sharma has hit another purple patch in his limited overs career even as Shikhar Dhawan has regained form after a few initial hiccups in Australia. Suresh Raina roared back to form as well against the Aussies while Yuvraj did enough to regain his place in the team. Skipper MS Dhoni too gave good account of himself under pressure. Ajinkya Rahane may have been chosen over Manish Pandey in the World Cup squad, but both could get a chance to showcase their talent.

India's bowling was also impressive in Australia although it can be put under pressure by strong batting attacks as Shane Watson proved at Sydney. Even so, India should be looking forward to match-winning spells by Jasprit Bumrah, who was undoubtedly the find of the Australian tour. The series also marked the return of Ashish Nehra, who needs to do more to cement his place in T20 side. The spinners Ravichandran Ashwin and Ravindra Jadeja were effective in Australia, but would be expected to play an even bigger role in more responsive conditions. It remains to be seen whether India tries out Harbhajan Singh at Pune, who was benched throughout the T20s in Australia.

Sri Lanka would have a massive task on hand, primarily because they have been heavily handicapped by injury woes. Two of their key men -- T20 skipper Lasith Malinga and Test captain Angelo Mathews will be unavailable for the entire series as they are unfit. Further, veteran opener Tillakaratne Dilshan has been ruled out of the first match owing to a hand injury. Under the circumstances, there will be enormous responsibility on Dinesh Chandimal, who has been named the captain for the series. In the absence of big names, Sri Lanka will expect more out of Milinda Siriwardana, Danushka Gunathilaka and Thisara Perera, who have been around in recent times.

With no Malinga and not even Nuwan Kulasekara, Sri Lanka have turned the clock back, and have recalled the unpredictable Dilhara Fernando, who is now 36. Like Ashish Nehra, Fernando too hasn't played for Sri Lanka for quite a long time, but has done well in domestic T20s. Seems like the T20 format has come as an unexpected second wing for many forgotten veterans. Coming back to the Sri Lankan bowling attack, they would be hoping for good performances from Dushmantha Chameera, who impressed in New Zealand, and Jeffrey Vandersey, who also made some impact on that tour. It will be tough for the visitors, but they must try to make best use of the opportunity. -- By A Cricket Analyst