Cricket is still reeling from the shock of Sri Lanka being bowled out by England for 82 in 148 balls at Cardiff on Monday.

Cricket is still reeling from the shock of Sri Lanka being bowled out by England for 82 in 148 balls at Cardiff on Monday.

Sri Lanka lost its last eight wickets for 49 in 72 balls in less than an hour. No one expected England would win the first Test by an innings in a game that Graeme Swann said had a "club feel."

With James Anderson injured and out of the squad, England may consider playing a fifth bowler on what is usually a benign Lord's pitch. 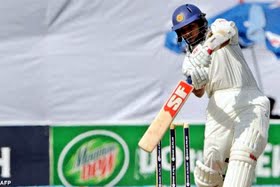 England has won five of its last seven Tests by an innings, but was probably lucky to get away with its strategy of playing four bowlers at Cardiff. Yet, it is a method that has served it well. England last went into a Test with five frontline bowlers against Bangladesh at Mirpur 15 months ago. Since then it has won nine out of 12 Tests, with two losses and a draw.

Yet, the workload takes a huge toll on bowlers. In Australia, Anderson looked mentally exhausted, and in the last six years five England pace bowlers have broken down in mid-Test.

In 2005, Simon Jones injured his right ankle and played his last Test at Trent Bridge. In 2007, Matthew Hoggard suffered a thigh strain in a Lord's Test and played just four more Tests for England. In Antigua in 2009, Andrew Flintoff sustained a hip injury and played only four Tests after that match. Last December in the Adelaide Test, Stuart Broad tore an abdominal muscle so severely that he missed the rest of the tour of Australia. Now Anderson will miss the Lord's Test with a side strain.

Andrew Strauss has the opportunity to become the first captain to win five Tests at Lord's. Currently, Strauss, Peter May and Nasser Hussain have won four each at the home of cricket.

This is Alastair Cook's 65th consecutive Test, equalling the record held by Alan Knott and Ian Botham for the most consecutive Tests played for England. It is his 67th Test in all and at age 26 he has already scored 17 Test hundreds. Sachin Tendulkar scored 22 hundreds before the age of 27. Cook has two hundreds at Lords: Against Pakistan in 2006 and West Indies in 2007. His batting average has never dropped below 40.

At Cardiff, Kevin Pietersen was out to slow left-armer Rangana Herath. It was the 19th time in his career he had been dismissed by that style of bowler. All 19 have come in the most recent part of his career, his last 58 completed innings, beginning in March 2008 when New Zealand's Daniel Vettori had him caught and bowled at Hamilton. Pietersen has been dismissed 43 times in international cricket including 17 times in ODIs and seven times in Twenty20s. Geoff Boycott says that, like an alcoholic, in order to deal with the problem he first has to acknowledge that he has a problem.

The last time England played Sri Lanka at Lord's was in May 2006. The match ended unexpectedly in a draw after Sri Lanka, 359 behind on the first innings, batted 199 overs to secure the draw. Sri Lanka was 381-6 going into the final day, but England managed to take three wickets, with Chaminda Vaas and Nuwan Kulasekara adding 105 for the ninth wicket.