IPL struggles to maintain explosive growth due to cricket kill

The Indian Premier League has been as noisy and flamboyant as ever, but some experts believe it has suffered a poor year caused by its ballooning format and cricket overkill following the World Cup.

The Indian Premier League has been as noisy and flamboyant as ever, but some experts believe it has suffered a poor year caused by its ballooning format and cricket overkill following the World Cup.

The IPL bandwagon, which started rolling just six days after India won the World Cup in Mumbai on April 2, will eventually come to halt after 74 games with the final in Chennai on Saturday.

The event has revolutionised cricket since it burst onto the scene in 2008 with a heady mixture of international stars, swashbuckling Twenty20 action and Bollywood glamour tapping India's immense market for the sport.

But there were signs this year that its novelty factor may be wearing thin with falling spectator and television audience figures causing concern. 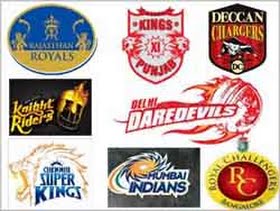 According to the latest study by UK-based consultancy Brand Finance, the IPL's brand value has dropped by 11 per cent since last year. Currently, the IPL is valued at $3.67 billion, against last year's $4.13 billion.

Television viewing numbers were down 22 percent for the first 26 games across six key markets, according to TAM Media Research, India's leading ratings agency.

Much of the blame has been put on "cricket fatigue" after India won the six-week World Cup at home, triggering wild celebrations across the country.

Others have pointed to superstar players, such as Yuvraj Singh, disappointing loyal fans by switching between sides that have been trying to build up a passionate following from scratch.

Official figures have not been released but many stadiums were not sold out for games, despite being scheduled in the evening.

The addition of two new sides to the competition also attracted criticism that the event was becoming bloated and out of control.

"For any Indian fan, winning the World Cup was the pinnacle. Anything after that is of little value. Other than that, the changes in team's composition have been a major factor.

"Fans find it difficult to accept a new player in their local team who has played for the rival team in the past few seasons."

The IPL has also encountered problems since the 2010 edition with the sacking of its founder and supremo Lalit Modi, who personified the event's brash and extrovert nature.

"It looks the same, tastes the same but you know something is missing," he told reporters in Mumbai on Monday adding that "Modi had a vision."

The wealthy Indian cricket board, owners of the IPL, did their best to keep fans happy with the usual razmatazz of cheerleaders, thumping music and designer-clad Bollywood actresses in the stands.

As ever, Sachin Tendulkar's every move attracted huge interest.

Despite the grumbles, many point to the IPL's strengths and its ongoing commercial success. Sponsorship soared about 30 per cent from last year, according to industry estimates.

"The IPL is surviving because it is a very great business model with a win-win situation for everybody involved," Shreedhar Swamy, a popular cricket blogger said.

"The owner gets publicity and money, viewers get entertainment, players get new fans and more money. Nobody's complaining."

Amrit Mathur, chief operating officer of the Delhi Daredevils, brushed aside talks of declining interest in the IPL and said reports of poor TV ratings were "misleading".

"Initially there was some spectator fatigue but it has been an unusual year because of the World Cup," he said. "Things have picked up recently, and on a scale of ten I would rate this IPL at eight.