Talented New Zealand batsman Jesse Ryder has been banned for six months for failing a routine drug test in March. The 29-year-old who has been more out of action than being on the cricket field will be allowed to play again after October 19th.

Talented New Zealand batsman Jesse Ryder has been banned for six months for failing a routine drug test in March. The 29-year-old who has been more out of action than being on the cricket field will be allowed to play again after October 19th.

Ryder has been an unlucky cricketer to say the least. Despite having loads of talent as a strokemaker, Ryder has managed to play only 18 Tests and 39 ODIs in five years so far. The left-hander continued to have problems with his alcohol addiction in his career so far. In 2013, Ryder was brutally assaulted outside a Christchurch bar which left him in coma just ahead of the Indian Premier League. 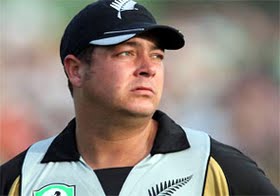 The 29-year-old Jessie Ryder is yet to play in any first class game after the assault in March. The drug test that he underwent was three days before the attack on March 24th during a Ford Trophy match for Wellington. It is learnt that Ryder has tested positive for banned substances called 1-Phenylbutan-2-amine (PBA) and N, alpha-diethyl-benzeneethanamine (DEBEA). Ryder though is lucky to get away with a lighter 6-month ban instead of a two-year ban as he could prove that the drugs were taken for weight-loss and not for enhancing his sporting performance. It is believed that Ryder took the weight-loss product ignorant of the fact that it contained those banned substances.

Jesse Ryder has reacted to the latest blow in his career and is quoted to have said according to the media as "I'm devastated by this situation. I've never taken drugs and to be in this situation distresses me greatly. I simply took the supplement alongside a training programme I was completing to help me lose weight. I have attended anti-doping education seminars during my time in cricket and am a strong supporter of Drug Free Sport New Zealand. I'm aware of the precautions you need to take; I did take steps to check the supplement but ultimately it was my responsibility and I accept that. Whilst everyone is aware of my well-documented battles with alcohol, it's important for me to state that I abhor drug use of any kind, both recreational and performance-enhancing in sport.''