Namibia will take on Netherlands in match 7 of the T20 World Cup 2021 at the Sheikh Zayed Stadium in Abu Dhabi on Wednesday. The match will be a Group A encounter in Round 1 of the ICC event. The Namibia-Netherlands clash will begin at 3:30 PM IST and 2:00 PM local time

Both sides will go in having tasted comprehensive defeats in their opening matches of the T20 World Cup 2021. To stay alive in the tournament, both Namibia and Netherlands will have to register a win in Wednesday’s match. The Dutch went down to Ireland by seven wickets after being cleaned up for 106. Namibia suffered a similar fate against Sri Lanka after their batting unit was rolled over for 96

Craig Williams and skipper Gerhard Erasmus were the only Namibia players to cross 20 against the Lankans. Teams cannot be expected to win matches after putting up such a shoddy show with the bat. Much more will be expected from the likes of Stephan Baard, Zane Green, veteran David Wiese and JJ Smit. 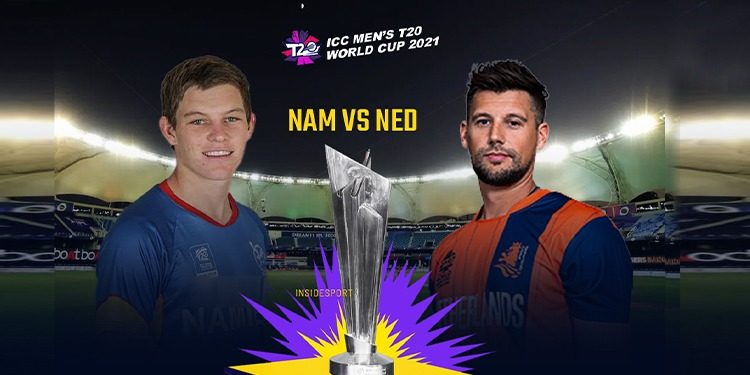 Namibia did not have much to defend against Sri Lanka so it would be unfair to analyse the performance of their bowlers. Even so, Bernard Scholtz and Ruben Trumpelmann put up a fight, not throwing in the towel easily. If their batters can rise to the challenge against Netherlands, Namibia’s bowlers could also put up a more definitive performance.

Netherlands were expected to run Ireland close. But that just did not happen. Curtis Campher’s four wickets in four balls was a freak effort of sorts. Even before that though, Netherlands were struggling to make an impact. Ben Cooper and Bas de Leede fell cheaply and it was only Max ODowd who held the innings together with a half-century.

Like Namibia, Netherlands’ bowling too did not have much to defend against Ireland. Still, they did a decent job by sending back Kevin O Brien and Andrew Balbirnie. The likes of Fred Klaassen and Brandon Glover will thus be confident despite the team’s thrashing in the previous game.