Umar was earlier provisionally suspended in February and not allowed to turn out for Quetta Gladiators in the PSL. The promising but under-performing Pakistan batsman has been charged for breaching Article 2.4.4 of PCB's Anti-Corruption Code. 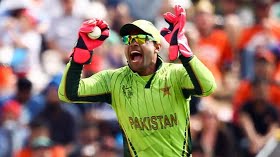 Umar did not challenge the show cause notice sent to him by the PCB, after which the cricket board referred the matter to the Chairman of the Disciplinary Panel Justice (retired) Fazal-e-Miran Chauhan, who is an ex-Lahore High Court Judge.

Following the verdict, former Pakistan captain and cricket expert Ramiz Raja hit out at Umar, calling him an ‘idiot’. “So Umar Akmal officially makes it to the list of idiots! Banned for 3 years. What a waste of a talent! It’s high time that Pakistan moved towards passing a legislative law against match fixing. Behind bars is where such jack ***** belong! Otherwise brave for more!!” tweeted Raja on learning of the ban.

Before Umar, former Pakistan opening batsman Sharjeel Khan was handed a 5-year ban (half of it suspended) in 2017 for his involvement in the spot-fixing scandal. In recent times, a number of prominent names from Pakistan cricket have demanded that PCB take stringent action against players from the country involved in any kind of fixing.

Pakistan great Javed Miandad, on his YouTube channel, went to the extent of stating that the culprits should be hanged. "Players who are involved in spot-fixing should be severely punished. Spot-fixers should be hanged because it is similar to killing someone and so the punishment should also be on the same lines. An example should be set so that no player even thinks about doing something like this,” an angry Miandad lashed out.

Another former Pakistan skipper Shahid Afridi backed the life ban on tainted players while expressing disappointment at a talent like Umar going astray. "I feel these examples should have been set in the past but this didn't happen and that is why we have seen such cases on regular basis," Afridi told the Geo channel.

"I have nothing against anyone but even now if the Board wants to set an example it can do that. Only then can we hope to curtail such cases. Umar really needs to look at the company he keeps. He needs to get his priorities sorted out. He is a fine batsman but he can't keep on carrying like this," Afridi added.