IPL 2016 match 51 preview: Thrashed by RCB, Lions and KKR seek to fight back

Both Gujarat Lions and Kolkata Knight Riders will be sailing in the same emotional boat when they take on each other in match number 51 of the Indian Premier League at Green Park in Kanpur or Thursday. Both the teams were thrashed miserably by Royal Challengers Bangalore in their previous outing. While Lions were put aside by a record 144 runs courtesy whirlwind hundreds from AB de Villiers and Virat Kohli, Kolkata were humbled by 9 wickets by the same opponents. Thus, both Gujarat and Kolkata will be keen to make amends.

There is good news for the Lions in that their skipper Suresh Raina will be back to lead the side, after missing the spanking against Bangalore to be with his wife for the birth of their baby. Although, the way de Villiers and Kohli batted on the day, Raina may not have made much of a difference. Still, his return is a psychological boost for the team since he has been one of the talisman players in the league all through the nine seasons. Raina will be keen to fire and make an impression. After a wonderful start, Lions have lost some steam, so they will be inching to get back to their best.

Lions bowlers were completely taken apart by de Villiers and Kohli in the previous match, so it would be interesting to see how they fight back. There could be a couple changes in the offing as all bowlers may not be in the best frame of mind. Lions have some work to do in the batting department as well since they were bowled out for merely 104. They do have some excellent talent in the batting department though. Explosive openers Brendon McCullum and Dwayne Smith need to rediscover the form that made them so dangerous. In Aaron Finch, they have another match-winner with the bat.

Kolkata, on the other hand, will be slightly depleted as they head into the match. Although they are among the top-placed sides in the table, their qualification for the final four is not yet confirmed. As such, losing key all-rounder Andre Russell to injury is definitely a big blow. The West Indian has shone for them with both bat and ball, and will be sorely missed. In his absence, Shakib Al Hasan will have to take up the responsibility of the main all-rounder. The Bangladesh legend hasn't been in the best of form, so the role will be a challenge for him. Yusuf Pathan is the other key member, who will have additional responsibility in Russell's absence. 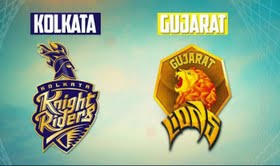 What has worked for the two-time winners so far has been the fact that they have numerous match winners in the side with both bat and ball. With the willow, Gautam Gambhir and Robin Uthappa form a deadly pair, and have won a number of games for the team, both individually, and in combination. Then there is Manish Pandey, who has also sparkled in a few matches. Kolkata have some genuine match winners with the ball too. Piyush Chawla and Morne Morkel have done exceedingly well even as Sunil Narine has been relegated to the supporting spinner's role.