After the first two days of the Chennai Test, the match between India and Australia was evenly poised thanks to a good fightback from the Indian batsmen, particularly Sachin Tendulkar and Virat Kohli. It is in their bowling in the second innings where the Indians could suffer though.

After the first two days of the Chennai Test, the match between India and Australia was evenly poised thanks to a good fightback from the Indian batsmen, particularly Sachin Tendulkar and Virat Kohli. It is in their bowling in the second innings where the Indians could suffer though. The decision to drop Pragyan Ojha in favour of Harbhajan Singh was somewhat surprising. Of course, one can understand that the past record of the Punjab off-spinner would have gone in his favour. Even so, the axe on Ojha was unfair, particularly considering that he was the best spinner on show in the disappointing series against England by some distance. 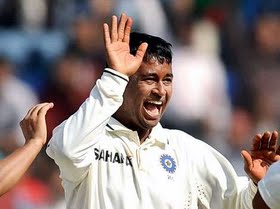 Considering the fact that the Chennai surface began assisting spin from day one itself, India should have played to their strengths, which basically translates to three spinners. Agreed, the only Test against England when they played all three spinners in the form of Ashwin, Ojha and Harbhajan proved to be a disaster. Still, India needed to give themselves the best chance of picking up 20 wickets, and for that they needed to play three spinners. If they have picked Harbhajan and Ojha in their squad as two of the country’s three premier spinners, they should have played all three spinners in the XI as well.

Ravindra Jadeja, as the third spinner, hasn’t done a bad job for India. However, he cannot be expected to run through an opposition like Ojha is capable of, no matter how helpful the conditions. After all, Jadeja is only a part-time spinner and even in the first innings he was at best adept at holding one up, and keeping the runs down. The two wickets he grabbed came at quite a fair price, although Harbhajan’s performance was even more disappointing in his 100th Test.

The worrying aspect for India following their first innings effort with the ball at Chennai was the unconvincing performance that their seamers put up. Ishant Sharma was highly disappointing. In the absence of Zaheer Khan, he needed to step up and lead the bowling, but he has clearly been found short in that aspect. India wanted Sharma to do well with the ball particularly because Bhuvneshwar Kumar is playing his debut Test. Kumar was sensational in the one-dayers that he played in the preceding series’. However, he needed only one innings to realise that the five-day game is a completely different proposition. One cannot expect Kumar to perform miracles overnight, but it would have helped if he had a guiding hand, which Sharma clearly hasn’t proved to be.

With Harbhajan not making an impact in the Test so far, and looking far from threatening, India’s task will become extremely difficult when they bowl a second time round. Remember even though Ashwin picked up seven wickets in Australia’s first innings, the visitors still managed to post a competitive total. India are definitely missing an experienced hand like Zaheer in the bowling department. This is all the more reason why Ojha could have come in handy. It remains to be seen whether his axing will prove costly for India.