India Vs England 1rd Test played at the Wankhede Stadium, Mumbai (then Bombay (1981/82)

India Vs England 1rd Test played at the Wankhede Stadium, Mumbai (then Bombay (1981/82)

The backdrop: This was the first Test of a long, drawn-out six match series. In hindsight, India’s victory in the game was extremely significant since all the remaining five Tests produced no result.

How the game panned out

It was India that won the toss and chose to bat. The Test marked the debut of dashing opener Krish Srikkanth. It wasn’t a great first game for the youngster though as he fell for an 11-ball duck to Bob Willis. Following the great start, the English bowlers never looked back as the Indian batsmen felt the pressure. Even as skipper Sunil Gavaskar stoically held one end up, the home side kept losing wickets from the other end. India had a solid batting line-up, but Dilip Vengsarkar, Gundappa Vishwanath and Sandeep Patil all fell cheaply. To make matters worse, Ian Botham sent back Gavaskar after the Indian captain had compiled a painstaking half-century. 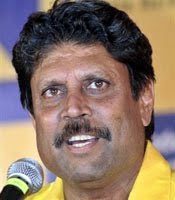 As always, in the lower order, it was only all-rounder Kapil Dev who was among the runs. Kapil made a breezy 38 as India were bowled out for a disappointing score of 179. Most English bowlers ended with impressive figures. Botham and the late Graham Dilley snared four wickets each even as Willis and Derek Underwood picked up the other two batsmen to fall.

Replying to India’s modest score, England were equally off-radar. Graham Gooch was dismissed cheaply by Madal Lal before Geoff Boycott and Chis Tavare featured in a rebuilding stand. At 95 for one, England were in the driver’s seat, but here is where the game took a completely different twist. Part-timer Azad sent back Boycott for a well-made 60, and from thereon, Dilip Doshi took over. England had no answer to his slow left-arm orthodox deliveries. Doshi began by trapping the well-set KeithFletcher for 15, and followed it by sending by Botham for 7 before adding the key scalp of Tavare (56) to his name. Even as Doshi finished with a five-for, all other key bowlers chipped in with a wicket each as England crumbled to 166 all out.

India batted only slightly better a second time round. While Gavaskar had a rare failure, Srikkanth and Vengsarkar fell cheaply again. Only three batsman from the Indian camp managed to get starts, but neither of them was able to convert it into a big score. Vishwanath contributed 37, Ravi Shastri made 33 and Kapil Dev was also among the runs again; this time he made a crucial 46 as India folded up for 227. Botham was the wrecker-in-chief for England grabbing five wickets, which included most of the top and middle-order batsmen.

Chasing 241, all England needed was to get off a good start, and half their job would have been done. Instead, it were the Indians who made the inspiring moves. Kapil and Madan Lal combined to pack up the England innings for 102. While Kapil got Gooch, Gower, Botham and Tavare, Lal sent back Boycott and Fletcher among others. In the end, India romped home to a 138-run triumph.