Why Chris Gayle Will Not Play CPL 2022

Chris Gayle is the second-most run maker in the history of the Caribbean Premier League (CPL) after Lendl Simmons. With a total of 2519 runs, his average is 36.50 and a 133.13 strike rate. The highest is 2629 runs. With such an outstanding batting performance, his opting out from CPL 2022 is a surprise to cricket fans and organizers.

He is one of the greatest batsmen in the Twenty20 format and his skill was simultaneously witnessed in the 2016 ICC World Twenty20, 2012 World Twenty20 and 2004 ICC Champions Trophy. He is famed for hitting over 1000 sixes and scoring over 14000 runs in the short format.

The 42-year-old is currently focusing on the promotion of the T10 tournament named 6ixty, which is scheduled to be held from August 24 to 28 in Saint Kitts, after the ODI series between West Indies and New Zealand and just ahead of the CPL season. He is excited about the new innovation in the world of cricket and looking forward to hitting two sixes in the first two overs that leads to the unlocking of the third powerplay over.

The West Indies destructive batter is the brand ambassador for the new tournament that is limited to 10 overs and six wickets. It should be one of the fastest cricketing until now. 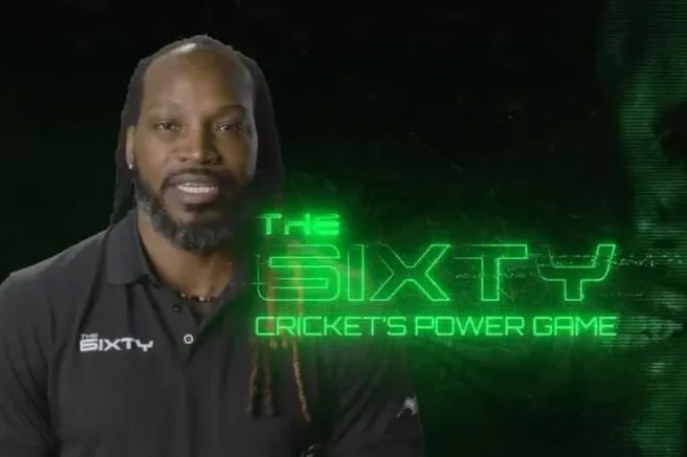 6ixty is the new innovation in the cricketing world equipped with 10 overs and six wickets match format. It is expected to be the fastest cricketing and more exciting. It is being organized by the Cricket West Indies (CWI) and the Caribbean Premier League (CPL). The inaugural edition is scheduled to be held from August 24 to 28 in St. Kitts and Nevis. Both male and female editions of it will run simultaneously. A total of 19 matches will be played and the segregation is 6 for the men's and 3 for the women's team.

Some new changes have been made to the rules to make the competition more exciting than the T20 tournaments. A match is expected to end in 90 minutes and a team is declared all-out if six wickets are lost instead of 10. Each bowler is supposed to bowl two overs and the first five overs are to be bowled from one end of the pitch rather than changing in alternate overs. The next five overs will be bowled from the other end of the pitch. It is mandatory the 10 overs should end in 45 overs or else the fielding team loses a fielder in the last over.

The batting team can avail a third powerplay over if two sixes are hit in the first 12 overs. Fans' involvement will become important in the matches with a Mystery Free Hit. They can vote to decide the timing in each innings.

All the matches will be played at the Warner Park Sporting Complex in Basseterre, St Kitts & Nevis. The women's team will play the inaugural match.

Chris Gayle is the brand ambassador of 6ixty, the power game. The Universe Boss Trophy in the tournament is named after him. He will be playing in the tournament as well as act as a host for all the six men's teams. He has opted out of the CPL 2022 to focus more on promoting the new format competition in the West Indies and across the world.

He has set up The Chris Gayle Academy to help disadvantaged children in the United Kingdom and Jamaica to help them become better at sports.