Watson out of Gabba Test with injury; Quiney called up

Mr. Twenty20 – Shane Watson as feared by Cricket Australia has broken down with injury prior of the important home Test Series against South Africa.

Mr. Twenty20 – Shane Watson as feared by Cricket Australia has broken down with injury prior of the important home Test Series against South Africa. The all-rounder has been ruled out of the first Test at Gabba in Brisbane with a calf muscle injury. Cricket Australia have called up Victoria’s left-handed opener Rob Quiney to take Watson’s place and the former is all set to make his Test Debut at Gabba. 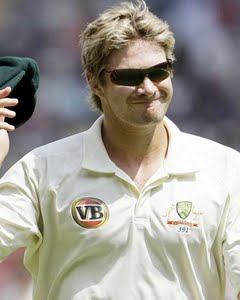 There was quite some hue and cry when Cricket Australia had ordered Shane Watson to return home midway during his stint for the Sydney Sixers in the Champions League in South Africa. But the Australian Board now stands vindicated with Watson not able to keep himself fit for the real cricketing contest which begins on the 9th at the Gabba.

It is learnt that the 31-year-old Watson’s injury came to limelight during the Sheffield Shield match he played for New South Wales ahead of the first Test. Watson had missed quite a lot of Test matches during the 2011/12 season in which the Aussies went onto whitewash India 4-0 without him.

Watson’s replacement – Rob Quiney will be batting at no.3 in the Gabba Test. Quiney gets into the Test team following a knock of 85 against the touring South Africans at Sydney.