Dinesh Karthik: It feels very good to wear the whites

Afghanistan debut Test will mark the return to Test cricket of Dinesh Karthik after more than eight years. He last played a Test for India in 2010

Afghanistan debut Test will mark the return to Test cricket of Dinesh Karthik after more than eight years. He last played a Test for India in 2010. Back in whites, Karthik is pleased for the second wind, and also admitted that he wasn’t good enough when he was dropped.

“It feels very good to wear the whites. To be part of the Test team is something I’ve always dreamt of. I guess I didn’t perform well enough before,” said Karthik.

“Dhoni was breathing down my neck. He has gone on to become probably one of the greatest Test captains India has produced. So, it’s not that I lost my place to some normal cricketer,” Karthik was quoted as saying in a Hindustan Times report ahead of the match. 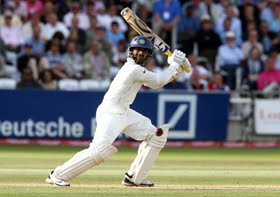 Karthik says he worked really hard in domestic cricket for this comeback. “It’s very easy to fade away but to play for Tamil Nadu, to keep competing in Ranji, it was the challenge. Playing Test cricket is the ultimate challenge for any player.

“This is another opportunity for me to showcase my skills and I’m hoping to do the best I can,” added Karthik, who will be looking to seal a place for the England Tests, a venue where he first made his mark in the longer format.