Although Kapil Dev’s return to the BCCI fold hasn’t sent shockwaves through the Indian cricket community, it could prove to be a significant development nonetheless, especially when one considers the future of Indian cricket.

Although Kapil Dev’s return to the BCCI fold hasn’t sent shockwaves through the Indian cricket community, it could prove to be a significant development nonetheless, especially when one considers the future of Indian cricket. True, Kapil has been involved in Indian cricket before with minimal amount of success. In fact, he was also the coach during a disastrous phase for the country in international cricket, a little over a decade back. In spite of these black marks on his CV, the former Indian all-rounder could still play a key role in helping India move in the right direction. 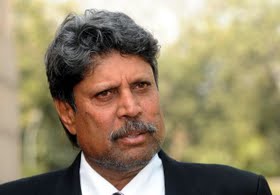 There are a couple of crucial aspects where Kapil may be able to guide the BCCI, and that doesn’t relate to the administration part. Everybody must be aware by now that Kapil wouldn’t fit into the role of an organiser. Where the all-rounder could indeed help India is in finding raw talent and mentoring them in the right direction. As we all now, the Indian cricket team is desperately hunting for an all-rounder as well as a fast bowler like him. As far as all-round cricketers are concerned, Ajit Agarkar and Irfan Pathan raised hopes briefly, but have faded away rather disappointing. And, in the bowling department, apart from Zaheer Khan, who himself is often injured, India don’t have good enough pace bowlers.

Who better than Kapil himself to try and find the next Indian all-rounder and fast bowler as well? The Indian legend has had a distinguished career during which he performed the role of fast bowler and lower-order batsman to near perfection, expect for the last couple of years when he struggled. Kapil could work with the BCCI on scouting for fresh talent and, on identifying them, even tutoring the youngsters. This is something Imran Khan did so brilliantly during his playing career itself. Our Indian greats need to take inspiration from the great Pakistan all-rounder.

It is important for players like Kapil, who have earned a lot of fame through playing for the country, to give something back to the game. After all, it is because of cricket that they are what they are today. While it is not mandatory for all ex-cricketers to do so, it would only benefit Indian cricket if former players like Kapil and Sunil Gavaskar devote more time towards showing younger players the way ahead.

It will be too premature to expect Kapil to perform something magical in Indian cricket, just like he did on the cricket field. Still, his decision to sort out all issues with the BCCI and get back on talking terms is a sensible one, which proves that he still wants to be a part of Indian cricket. What he does from will be what matters the most though.