The first Test of the series between England and Pakistan may have ended in a draw, but the way the match concluded England would be the happier of the two sides

The first Test of the series between England and Pakistan may have ended in a draw, but the way the match concluded England would be the happier of the two sides. Had bad light not intervened, England would have definitely pulled off a famous Test win. After slogging it out on the field for the first two days, this was a spectacular comeback by England something they must be highly proud of even though the end result did not go in any particular side’s favour. Their bowlers showed super skills on the final day to bring the visitors to the doorsteps of victory.

The standout performance of the Test was undoubtedly from England skipper Alastair Cook. Yes, Shoaib Malik also got a stupendous comeback double hundred, but the kind of knock that Cook played was something extraordinary, one that inspired a complete turnaround in the Test when England came on to bowl a second time. Having spent nearly two days on the field, with little reward England would have been mentally drained out. The Pakistan bowlers would have been gearing up to take advantage of the same. But, Cook stood like a rock between them.

What happens when a player occupies the crease for a mammoth amount of time is that the bowler starts losing his verve and energy. This is exactly what happened with the Pakistan bowlers on the third and fourth day. They were hopeful of bowling out England cheaply, but one man refused to budge and batted on and on. What Cook does so exceptionally well when he is in the zone is that he wears down the bowler with his defensive tactics. And, in a manner, this has an equally destructive impact on the bowler as say a Virender Sehwag destructive knock may have. 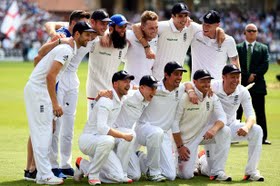 While Cook’s knock stood out, England would also be pleased that Joe Root carried on his great form. There was not much pressure on him, yet Root did not take things lightly, which is a good sign. Of course, he would be disappointed that he failed to convert another fifty into a hundred. A half-century from Ian Bell would please the visitors although they would be hoping more from him in the upcoming games. Also, they would be extremely pleased with Adil Rashid’ second innings comeback, after his ineffective debut in the first innings. Again, it all can be put down to that Cook special.

Pakistan will have mixed emotions from the Test. They would be extremely happy with the brilliant comeback by Malik, scoring a hard-fought double hundred after five years in the wilderness. Asad Shafiq also got a hundred whereas Mohammad Hafeez narrowly missed out on one. But, the batting collapse in the second innings should be a cause of concern. Pakistan certainly felt the pressure of Cook’s marathon. Also, their bowling in the match was pretty ordinary, and they clearly missed the class of Yasir Shah. The bowlers’ ineffectiveness is definitely not a great sign for Pakistan.