What Dhoni forgot while asking for rank turners…

M S Dhoni’s demand for rank turners has backfired like few decisions have in the history of Indian cricket. One can possibly equate it with Mohammad Azharuddin’s twin blunders – that of inviting England to bat first in the Lord’s Test of 1990...

M S Dhoni’s demand for rank turners has backfired like few decisions have in the history of Indian cricket. One can possibly equate it with Mohammad Azharuddin’s twin blunders – that of inviting England to bat first in the Lord’s Test of 1990 and again asking Sri Lanka to bat first on a dustbowl of a pitch at Eden Gardens during the 1996 World Cup semi-final. Here are a few reasons we figured out for the Wankhede debacle.

Lack of form of his batsmen: Although India won at Ahmedabad, only two of their batsmen were among the runs. Cheteshwar Pujara led the way with his brilliant double hundred while Virender Sehwag managed a much-needed hundred. The rest were in woeful form going into the Mumbai Test. Gautam Gambhir managed to score some runs at Wankhede, but he was far from his best. Sehwag, Tendulkar, Kohli, Yuvraj and the skipper himself faltered in both the innings at Mumbai. Clearly, they had no answer to Monty Panesar and Graeme Swann’s viciously spinning deliveries. Things could have been different had they been in form.

Absence of Dravid, Laxman: In the last decade, India have managed to keep spinners from the opposition at bay mainly due to presence of VVS Laxman and Rahul Dravid in the side. Since taming Shane Warne in 2001, the duo has gone on to stall the efforts of most visiting spinners. India are yet to find suitable replacements for themand, in view of the same, the team struggled against the turn at Wankhede. Clearly, the Indian team missed the services of Dravid and Laxman at Mumbai as the young guns struggled. 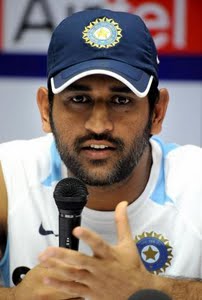 Inexperience of spinners: After being granted the wish of a rank turner, Dhoni seemed to assume that his spinners merely needed to turn up and land the ball on the pitch to win the clash. He even went in with three spinners at the last moment after initiallysquashing thoughts of the same. The inexperience of R. Ashwin and Pragyan Ojha in international cricket also came to the fore. Also, it did not help that Harbhajan Singh was well below par in his comeback Test. Even Dhoni did not show any great confidence in the veteran off-spinner and gave him very few overs to bowl in comparison to the other two spinners.

England had Monty and Swann: Dhoni definitely underestimated the quality of England spinners. Monty Panesar and Graeme Swann were way better that the Indian spinners on the wearing pitch. While the trio of Ojha, Ashwin and Harbhajan struggled to dislodge Alastair Cook and Kevin Pietersen, the England spin duo found the right length to bowl and dismantled the Indian innings in no time when India batted a second time round. Dhoni also did not realise that India have always struggled when there has been a lot in the pitch for the bowlers, whether it is spin or pace. It was this same venue where little-known Shaun Udal bowled England to victory in 2006.