West Indies defeated New Zealand by 55 runs in the Second ODI on Saturday at the Sabina Park in Kingston to take a series lead of 2-0.

West Indies defeated New Zealand by 55 runs in the Second ODI on Saturday at the Sabina Park in Kingston to take a series lead of 2-0. 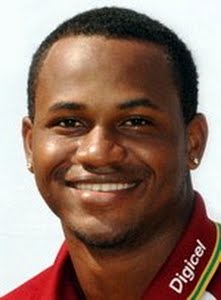 New Zealand in their run chase were bowled out for 260 in 47 overs with Ravi Rampaul taking 3 for 50 while Sunil Narine and Marlon Samuels took two wickets each. Wicket Keeper BJ Watling was the top scorer for the visitors with an unbeaten 72 (from 62 balls with 4 fours and 2 sixes). Skipper Kane Williamson (58 from 65 balls with 4 fours and a six) and opener Martin Guptill (51 from 81 balls with 5 fours) also scored fifties but couldn’t set up a successful chase for the Black Caps.

Marlon Samuels got the Man of the Match award ahead of Chris Gayle because of contributing with the ball as well.