Cricketers from one country playing for another country

Fawad Ahmed, a 31-year-old leg spinner, has become the second player from Pakistan to be chosen in an Australian national squad. Ahmed, who was born in the North-West Frontier Province, left Pakistan in 2010 and had asked for refugee status in Australia claiming that he was facing threat from terrorists who were preventing him from playing and coaching cricket.

Fawad Ahmed, a 31-year-old leg spinner, has become the second player from Pakistan to be chosen in an Australian national squad. Ahmed, who was born in the North-West Frontier Province, left Pakistan in 2010 and had asked for refugee status in Australia claiming that he was facing threat from terrorists who were preventing him from playing and coaching cricket. Life has certainly taken a turn for good for the cricketer since.

While Ahmed earlier played for Abbottabad and Pakistan Customs in Pakistan, he has represented Melbourne Renegades and Victoria this season in the Australian domestic season with a fair amount of success. Ahmed, who was granted Australian permanent resident status in November 2012, would now be keen to make his mark for his adopted country at the higher level. Here’s a look at some other players who belonged to another country, but played for a different one – most of them have played for England! 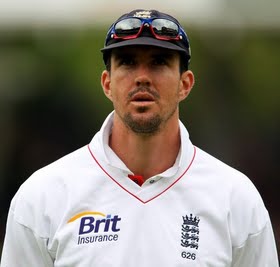 Kevin Pietersen: KP is the first example that instantly springs to mind. The South African-born cricketer, made his domestic debut in this country for birth, for Natal back in 1997. However, the youngster wasn’t pleased with the racial quota system in the country, and hence the man who was born in Pietermaritzburg decided to shift to England. The fact that his mother was English helped Pietersen’s cause. After playing county cricket for a period of four years, he became eligible to play international cricket for England. Pietersen made his debut in late 2004 and has been England’s most destructive player since, on and off the field.

Nasser Hussain: The former England captain was born in Madras, now known as Chennai, into an Indian family, in 1968. In fact, as a child, Hussain used to often visit the renowned Chepauk stadium with his family. The family however moved to England in 1975, and Hussain pursued cricket seriously over there. At the age of 14, he played for England schools, and went on to make his international debut in 1989. After a prolonged period of failure, Hussain revived his career, and went on to become a reasonably successful captain of England. From the backyards of Chennai to Lord’s, it was one long journey for Hussain.

Imran Tahir: The leg-spinner, who now plays for South Africa, was born in Lahore Pakistan in 1979. As a youngster Tahir represented Pakistan in the under-19 team, but could not make it to the top level. He thus decided to move to South Africa, another reason being that he has a South African wife, who is of Indian descent. After serving the qualification period of four years, Tahir became eligible to play for South Africa in April 2009. His much-awaited international debut came in 2011.

Devon Malcolm: The tall fast bowler, who represented England in 40 Tests and 10 ODIs, looked every inch a West Indian. And, there was a genuine reason behind it. Malcolm was originally from the Caribbean. He was born in Kingston, Jamaica in 1963. However, he moved to England and settled down over there. Malcolm made his first class debut for Derbyshire in 1984, and became eligible to play for England by 1987. The quickie eventually made his debut in 1989.

Adam Hollioake: A surprise choice to take over as England’s captain in the mid to late 90s, Hollioake was actually an Australian! He was born in Melbourne in 1971, and grew up in the town named Ballarat. The Hollioake family shifted base to England in 1983. By 1989, Hollioake was offered a contract by Surrey. He went on to make his first-class debut for the same side in 1993. Having tasted success at the domestic level, Hollioake was drafted into the ODI squad in 1996. He soon became skipper and led the team to victory in the 1997 Sharjah Cup, England’s first tournament triumph in a decade, before fading away. Adam's younger brother Ben Hollioake, a gifted all-rounder also went onto play for England. Unfortuntaley, Ben is no more after dying in a car accident at the age of 24 in 2002.