It was a plan to attack Ajaz Patel: Mayank Agarwal after memorable hundred on Day 1 of Mumbai Test

Team India opener Mayank Agarwal has admitted that he made a genuine effort to attack New Zealand’s left-arm spinner Ajaz Patel because he knew he couldn’t allow the bowler to settle in. Agarwal was India’s star performer on Day 1 of the Mumbai Test. He notched up his fourth Test hundred and was unbeaten on 120 when stumps were called on a weather-hit day, which saw only 70 overs being completed.

While Agarwal was the star performer for India on Day 1, Patel shone for the Kiwis with figures of 4 for 73. The left-arm spinner got the scalps of Shubman Gill, Cheteshwar Pujara, Virat Kohli and Shreyas Iyer. However, Agarwal looked in no trouble against him and was happy to take him on.

Speaking at a press conference following the end of the first day’s play, Agarwal admitted that he planned to attack the left-arm spinner. The 30-year-old explained, "It was a plan (to attack Ajaz) because I thought he bowled exceedingly well today, kept bowling in a cluster and kept putting pressure. So anything that was there in our half, the plan was to be attacking. Anything that came little towards us in length, I was definitely looking to go. Because he is somebody who is really really consistent.” 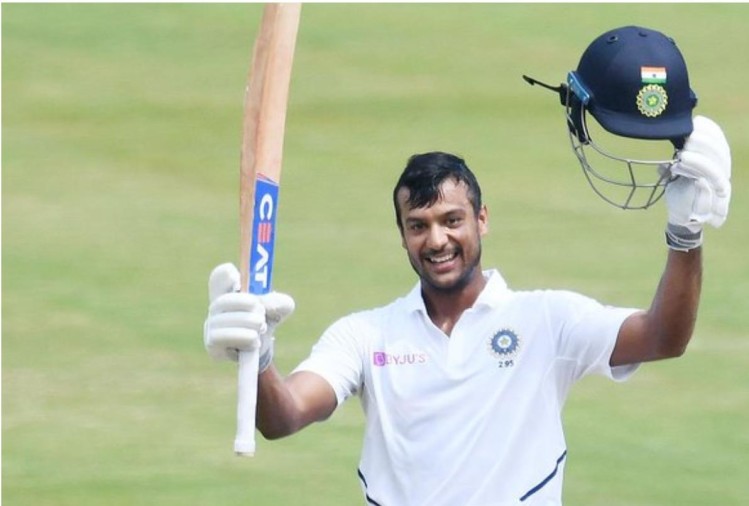 On the rationale behind the move to go after Patel even though he was getting wickets, the Indian opener pointed out, "He had that pace where he had tied us down. If we had let him bowl the way he did, he probably would have ended up with more wickets. So it was a conscious decision that if we get a scoring opportunity, we need to make it count."

Agarwal was under pressure going into the Mumbai Test since he hadn’t scored too many runs in preceding Tests. Also, he was coming in after two unimpressive knocks in Kanpur. In fact, there were reports that Agarwal might have to make way for Kohli. Eventually, the injury to Ajinkya Rahane saw Agarwal retain his place and he made the opportunity count.

The opener was out nicking the pacers both times in Kanpur. Asked if the dismissals were at the back of his mind, Agarwal admitted and said, “That is something that I have thought about. But like I said, this innings was more about grit and determination. Sticking to our plan, just having the mental discipline to be at the plan, to be at it. I know there were times that I didn't look good, but it didn't make much of a difference as long as the job was getting done."

India will resume their innings at 221 for 4 on Day 2 with Wriddhiman Saha (25*) giving company to Agarwal.