We weren't aware enough of what to do on that kind of pitch: Virat Kohli

India skipper Virat Kohli conceded that the team’s batsmen couldn’t figure out how to go about things in the first T20I against England in Ahmedabad. India were sent into bat after losing the toss, and in no time crumbled to 20 for 3 as KL Rahul, Kohli and Shikhar Dhawan failed to get a measure of the pitch.

Shreyas Iyer, 67 from 48, scored more than half the runs of India’s total of 124 for 7. In response, England eased to victory courtesy opener Jason Roy’s 49 and 20s from Jos Buttler, Dawid Malan and Jonny Bairstow.

Speaking at the post-match conference, Kohli admitted that the batsmen looked lost, and didn’t gauge the conditions properly. “We just weren't aware enough of what to do on that kind of pitch. Lack of execution of some of the shots and something we have to address as batsmen. It wasn't an ideal day on the park. You have to accept your faults and come back in the next game with much more intent and clarity of plan,” said Kohli. 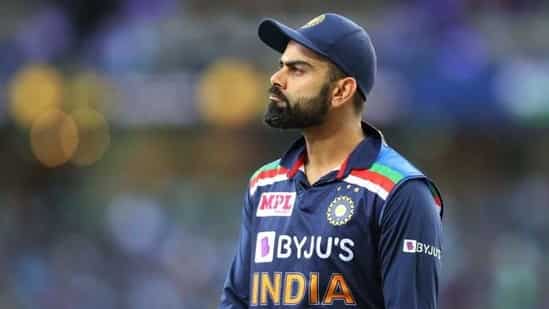 Kohli praised Iyer for his half-century, and stated that he used the depth of the crease very well. The Indian captain added, “The wicket probably did not allow you to hit the kind of shots you wanted to, Shreyas' innings was an example on how you can use the depth of the crease and ride the bounce. It was a below par batting performance and England made us pay.

“We looked to try few things but as a batting side you have to accept the conditions in front of you, if the pitch allows you to play such kind of shots then yes. We did not give ourselves enough time to assess the conditions, Shreyas did that but there were too many wickets down to get past 150-160. It is part of the whole journey of international cricket. When you have played for that long you will have your ups and down, you have to accept that as a batsman,” Kohli added.

The Indian captain registered his third duck in his last five innings. Speaking about his individual form, Kohli explained, “For me it is about going out there and trying to be positive as I can. It is not tough (changing formats), we have done it in the past. We take a lot of pride in playing good white-ball cricket, we have won the previous series and the series before that. We just have these five games before the T20 World Cup, so we need to experiment but having said that, we have to ensure we don't take things lightly and especially against a team like England.”

The second T20I of the five-match series will be played on Sunday, March 14.