Most definitely one of my career highlights: Gary Kirsten on 10 years of India’s 2011 World Cup win

Looking back at India’s 2011 World Cup victory, former coach Gary Kirsten has said that he is proud to see the manner in which the Indian team has evolved over the last decade. Kirsten was the Team India coach when the MS Dhoni-led side lifted the World Cup 10 years ago, on April 2, 2011. India knocked out defending champions Australia in the quarter-finals, defeated a below-par Pakistan in the semis before going on to beat Sri Lanka in the final, by six wickets at the Wankhede Stadium in Mumbai.

On this official Twitter account, Gary Kirsten wrote that winning the World Cup as India coach in 2011 is undoubtedly one of his career highlights. His tweet read, "It's been 10yrs since Team India won the @icc CWC. Most definitely one of my career highlights. I'm so proud to see how the team has grown from that day & how the players have developed since. Thank you @incredibleindia for all the wonderful memories.” 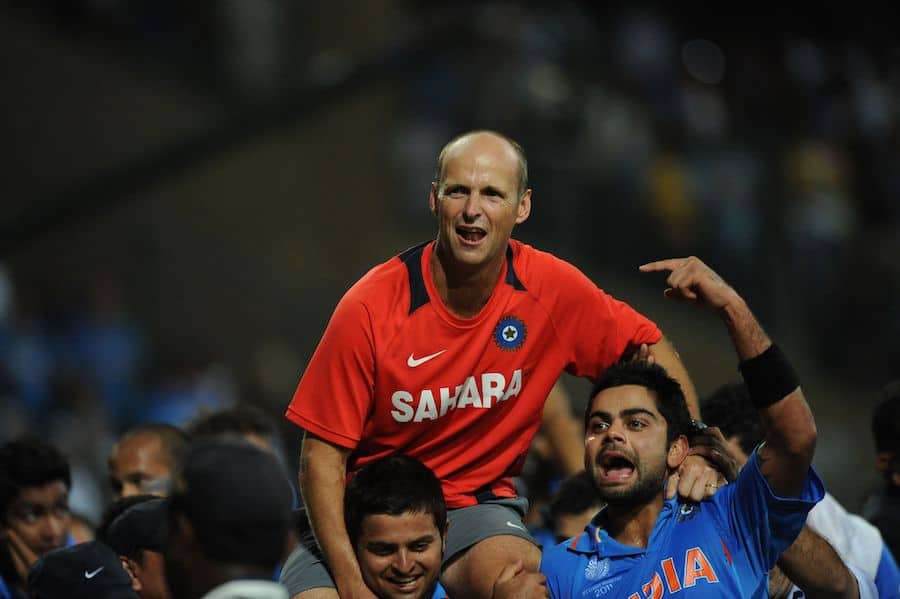 Members of the Indian team, who were part of the campaign, also took to Twitter to remember the special occasion. Yuvraj Singh, who was the man of the tournament for his fantastic all-round effort, shared a video on Twitter. Along with the video, he wrote, “April 2, 2011 - a day when history was created! We wanted to win the WC for India & for the master @sachin_rt who carried the nation's expectations over decades! Indebted to be able to represent India & bring glory to our nation #AlwaysBleedBlue #WC2011 @ICC @BCCI".

Incidentally, Sachin Tendulkar has been admitted to hospital as a precautionary measure, as he is battling Covid-19. Sharing a picture of the Indian team celebrating with the trophy, Virender Sehwag, who kicked off the tournament with a ballistic 175 against Bangladesh, wrote on his Twitter timeline, "April 2: 10 years ago , the moment of a lifetime. #TeamIndia".

India chased down 275 to win the 2011 World Cup final by six wickets. Batting first, Sri Lanka rode on a magnificent century from Mahela Jayawardene to post 274 for 6. In response, India lost Virender Sehwag and Sachin Tendulkar cheaply. However, Gautam Gambhir (97) and skipper MS Dhoni (91 not out) contributed handsomely as India were crowned world champions. Dhoni finished off the match with a famous six off Nuwan Kulasekara.

Ravi Shastri, now the head coach of the Indian team, was on commentary when Dhoni launched the ball into the stands. His lines, “Dhoni finishes it off in style…” have gone on to achieve iconic status.