Delhi, who have won one game and lost one, will host an undefeated Kolkata in Match 10 of the Indian T20, in the double header on Saturday

Delhi, who have won one game and lost one, will host an undefeated Kolkata in Match 10 of the Indian T20, in the double header on Saturday, March 30. The match could be a high-scoring one since batsmen from both teams are in good nick.

Delhi shocked Mumbai in their opening encounter as Rishabh Pant blasted his way to a brilliant half-century against Jasprit Bumrah and co. In fact, Pant even took Bumrah to the cleaners in the match 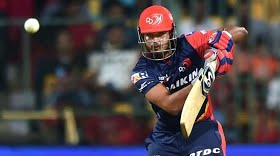 However, in the second match, they faltered against Chennai as they managed only 147 and stumbled to a six-wicket defeat. Shikhar Dhawan got a half-century in the game, but he batted too slowly, which cost Delhi some runs.

Kolkata were brilliant against Punjab, as they posted 218. Again, it was that man Andre Russell, who stood out with 48 from 17 balls. He had done something similar in Kolkata’s opening contest as well against Sunrisers Hyderabad.

KOL will also be pleased with the form of Nitish Rana, who has been among the runs in both the games. Further, Robin Uthappa played a quality knock in the last match to set up things for Russell. Their batting really looks in great shape.

In the bowling, both KOL and DEL need to show greater teeth. While only Axar Patel was impressive in the previous game, Kolkata would be wanting more out of Sunil Narine the spinner.