As of now, it looks very tough for India to form even a playing 11: Madan Lal

Former India all-rounder Madan Lal has admitted that India could find the going very difficult in the fourth Test against Australia at the Gabba in the wake of the number of injuries the team is battling. While all-rounder Ravindra Jadeja and middle-order batsman Hanuma Vihari have both been ruled out due to finger dislocation and hamstring tear respectively, there is very little possibility of pace spearhead Jasprit Bumrah playing as well.

India are already without the pace trio of Ishant Sharma, Mohammed Shami, and Umesh Yadav. Further, Ravichandran Ashwin is also battling a back strain, with which he batted at the SCG to defy the Aussies. So, India are really in a deep mess as far as fitness is concerned. 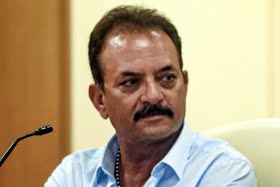 He admitted India will find it genuinely tough under current circumstances. "Lot of problems is there in front of the Indian side. More than half of the team is injured, top players are injured, and the absence of big players will definitely be there. As of now, it looks very tough for them to form even a playing 11. In the case of injuries, reserve players will get the chance," he added.

"I think if Ashwin is fit and if he plays, it will be really good news. You will come to know about injuries update and team by tomorrow," Lal further added.

India got into the fourth Test at the Gabba with the series level 1-1. The Indian batsmen occupied the crease for 131 overs at the SCG in the fourth innings to keep the visitors alive in the series.

Earlier, Australia won the first Test at Adelaide while India hit back with a memorable triumph in the Boxing Day encounter.