Here’s what Manjrekar has to say about Kohli-Kumble spat

Former India cricketer Sanjay Manjrekar is the latest to express his views on the Team India coach controversy after Anil Kumble resigned from the post earlier this month under controversial circumstances.

Manjrekar feels it is best to Kohli in the loop as the new India coach is being looked for. Manjrekar tweeted about the issue, and wrote, “Considering the events so far, best to keep Virat in the loop while appointing India coach. That would be the sensible thing to do.”

Ravi Shastri is the current favourite to take over the job. The other contenders include Virender Sehwag, Tom Moody, Richard Pybus and Lalchand Rajput. Shastri worked with the team for a couple of years following Duncan Fletcher’s exit in the capacity of Team Director. 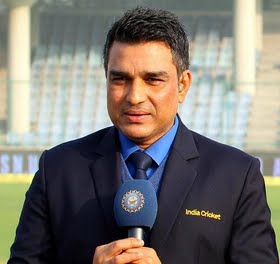 In may be recalled that Kumble took to Twitter to post his resignation letter after informing BCCI of the same. He wrote, “I was informed for the first time yesterday by the BCCI that the Captain had reservations with my ‘style’ and about my continuing as the Head Coach. I was surprised since I had always respected the role boundaries between Captain and Coach. Though the BCCI attempted to resolve the misunderstandings between the Captain and me, it was apparent that the partnership was untenable.”