In spite of the fact that India had overcome Sri Lanka 2-1 in the latter’s home territory recently, the hosts still went into the series against West Indies as favourites

In spite of the fact that India had overcome Sri Lanka 2-1 in the latter’s home territory recently, the hosts still went into the series against West Indies as favourites. And, their performance in the first Test at Galle only reiterated why. Sri Lanka’s bowlers were all over the West Indian batsmen, Rangana Herath, in particular. Their batting too flourished with Dimuth Karunaratne and Dinesh Chandimal getting big hundreds. And although they would be disappointed with their batting collapse in the first innings, that was just a minor blip in an otherwise near-perfect overall effort in Galle.

How West Indies’ batsmen fared against Sri Lankan spinners was always going to be the clinching aspect. And the result, in Windies’ case, was pretty disappointing. Only one batsmen crossed the half-century mark in either innings. You don’t even save Test matches with such stats, winning is another matter altogether. What has been most disappointing about West Indies’ batting has been the fact that their experienced batsmen did not stand up. Marlon Samuels, now a veteran, played two very poor shots against Herath. Darren Bravo looked got in both innings, and even crossed fifty once. But, he had a combined runs tally of 81, which is not game-changing by any margin. 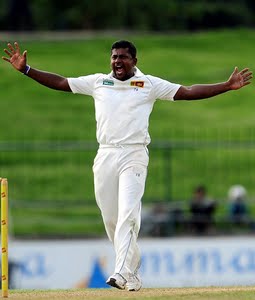 Looking back at the match, it was West Indies’ first-innings batting failure that cost them. After Sri Lanka, at one stage, seemed set for reaching 600 plus, the West Indian bowlers managed to restrict them to under 500. West Indies had some momentum going, and the batsmen needed to capitalise on the same. But, they crumbled to give back the advantage to Sri Lanka. Ten of the 11 batsmen got into double figures but not one made more than 50. The shot selection on many occasions was bad as well.

The batting unit as a whole was a failure for West Indies. The openers Kraigg Brathwaite and Shai Hope could not give the visitors a good start in either innings. Former skipper Denesh Ramdin added to his list of failures with two poor knocks. Jermaine Blackwood’s 92 was the only saving grace for West Indies in the match. But, that could not save West Indies from the embarrassment of an innings loss. West Indies’ bowling also wasn’t anything great. Devendra Bishoo made an impact with his leg spin, but that was mostly against the tail.

After the disappointments against India, Sri Lanka would be happy that they are back to winning ways. Herath, without doubt, was their hero of the game. His ten-for blew apart the visitors’ batting. There were two standout efforts with the bat as well earlier, with Karunaratne and Chandimal getting big hundreds. The win against a weak West Indies was an expected one. But, Lanka have a few areas to work on. The batting collapse wherein they lost seven wickets for 59 runs was unwarranted. Also, the fielding standards of Sri Lanka were lower than expected. Some areas to work on then for the hosts.