With the Napier ODI being abandoned without a ball being bowled, New Zealand and Pakistan will go into the final match with the same objective even though the end result would mean different things for the hosts and visitors

With the Napier ODI being abandoned without a ball being bowled, New Zealand and Pakistan will go into the final match with the same objective even though the end result would mean different things for the hosts and visitors. A victory for New Zealand would mean they have captured yet another title at home. As for Pakistan, the washout in the second one-dayer means they remain with a chance of squaring the series if they can pull off a victory at Auckland. The Kiwis would undoubtedly begin the final match as favourites, but Pakistan would have fond memories of this venue as they won their only match of this trip here.

New Zealand skipper Brendon McCullum missed the first game due to his back injury, but he is likely to be fit for the final ODI, and will be back at the top of the order. However, now the Kiwis have injury concerns with the other opener. The in-form Martin Guptill is suffering from an ankle problem and could sit out of the match. If such a development occurs, Tom Latham will get another opportunity to bat at the top of the order with McCullum. Henry Nicolls played a mature knock at Wellington to help Kiwis recover from early troubles. 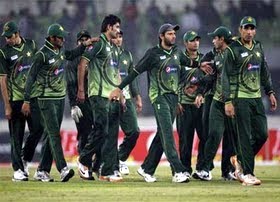 The top and middle order for New Zealand failed in the opening game, so the hosts would be expecting more out of them this time. Apart from the top three, runs would be needed from the likes of Grant Elliot, Corey Anderson and Luke Ronchi. The Kiwis managed a big score thanks to a memorable fight back from their lower order. New Zealand’s bowling is in good shape even as Mitchell McClenaghan will be missing out due to injury. Mitchell Santner, Adam Milne, Matt Henry and Trent Boult are likely to be the four pacers, with Doug Bracewell likely to miss out.

As mentioned before, Pakistan have reason to be positive for they have tasted victory at this venue. At the same time, they would be hurt with the manner of collapse at Wellington, especially after, at one time, they were in a dominant position while bowling. Babar Azam’s innings stood tall among the ruins even as Mohammad Hafeez and Sarfraz Ahmed got starts which they could not convert. Pakistan would look for a better start from their skipper Azhar Ali and Ahmed Shehzad, who also got into double figures before getting out.

The good news for the visitors is that Shoaib Malik has been declared fit for the game, and he is most likely to replace Sohaib Maqsood in the middle order. Also, they have a strong bowling line-up, with the likes of Mohammad Amir, Mohammad Irfan and Anwar Ali, all of whom came good in the clash in the opening match. Wahaz Riaz had an off-day. Pakistan would be expecting better from him in the do-or-die encounter, and also the spinners, Imad Wasim in particular. Can the Pakistanis find enough inspiration in the final game to finish off a disappointing series on a high?