Back from a successful tour of West Indies, where they tasted success across all three formats, India now begins their home season with a T20 series against South Africa

Back from a successful tour of West Indies, where they tasted success across all three formats, India now begins their home season with a T20 series against South Africa. The first match of the three-game series will be played at Himachal Pradesh Cricket Association Stadium (HPCA) in Dharamsala on Sunday, September 15.

The series against the Proteas will be significant as India continue their hunt to build an impressive squad for the 2020 World T20. The Virat-Kohli led side has a lot of young faces and this is the perfect opportunity for them to impress.

In the batting department, Shreyas Iyer will look to solidify his place in the T20 squad after a memorable performance in the one-dayers in West Indies. One cannot really term Manish Pandey for he has been around the circuit for a decade. However, he hasn’t been able to fulfill his potential at the international level owing to a mix of bad luck and some poor performances. He, deservedly, gets one more chance to set things right, perhaps his last. 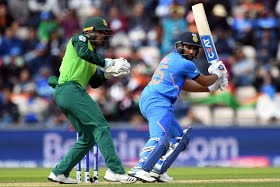 Although chief selector MSK Prasad has clarified that Yuzvendra Chahal and Kuldeep Yadav remain the first-choice bowlers in the limited-overs format, their extended absence from the T20 squad points to an Ambati Rayudu-like situation emerging as the World T20 gets closer.

Washington Sundar seems to enjoy the confidence of the skipper in this format as he has played a few games with mixed success. Young leg-spinner Rahul Chahar, who made his debut in West Indies, has also been picked. Further, Krunal Pandya with his all-round ability to seems a certainty, while Ravindra Jadeja’s return to the fore has added another interesting dimension to the spin scenario.

In the pace department, seniors Jasprit Bumrah and Bhuvneshwar Kumar have been rested, which means a good chance for Khaleel Ahmed, Deepak Chahar, and Navdeep Saini to impress even further. The batting order looks pretty much settled but India would definitely like runs from Shikhar Dhawan, KL Rahul, and Rishabh Pant.

South Africa is also beginning afresh with Quinton de Kock taking over the leadership role. The Proteas had a forgettable World Cup so they would be keen to do well in India. With plenty of fresh faces in the squad, a lot would be expected of seniors David Miller and Kagiso Rabada.

At the same time, the series against India will also give the likes of Rassie van der Dussen, Temba Bavuma or Anrich Nortje a great opportunity to put up their names in contention for the World T20, as South Africa look to step into a new era.