Pakistan Cricket Board (PCB) Announced that the first session of Pakistan Super League (PSL) T20 event will be played in Dubai and Sharjah, from February 4 to 24, 2016.

PCB told that after renewed negotiations between the officials of the PCB’s PSL secretariat and the Emirates Cricket Board it had been decided in principle that the inaugural edition of the PSL would be held in Dubai and Sharjah. 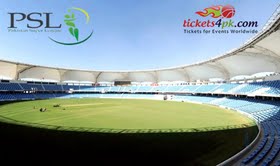 Pakistan Cricket Board (PCB) Announced that the first session of Pakistan Super League T20 event will be played in Dubai and Sharjah, from February 4 to 24 in 2016. The PCB announced the venues on Thursday, ending speculation over whether the UAE can accommodate both the Masters Champions League and the Pakistan T20 tournament in February 2016.

Pakistan Super League has already moved tenders for broadcasters and producers, Najam Sethi, the chairman of the governing council of the PSL, said.

The PSL will consist of five teams, one each team from provincial capitals Quetta, Karachi, Peshawar, Lahore, and Islamabad. According to the PCB release, the PSL will offer up to $1 million in prize money