India overcame New Zealand in a tightly contested one-day series to clinch the deal 3-2. But, for the final one-dayer at Vizag, the games were relatively close. Here’s a closer look at the men who made the difference for India

India overcame New Zealand in a tightly contested one-day series to clinch the deal 3-2. But, for the final one-dayer at Vizag, the games were relatively close. Here’s a closer look at the men who made the difference for India.

Amit Mishra: The leggie was a cut above the rest in the series. Mishra mostly gets an opportunity only when the regulars are rested, and this was the case again against the Kiwis. He again grabbed his chances with both hands. His 15 wickets at an average of 14.33 saw him finish as the highest wicket-taker. Mishra bamboozled the New Zealanders at Vizag, on a helpful surface, to finish with 5 for 18. He was amongst the wickets throughout, claiming three wickets each in the first two games, and two scalps each in the next two. 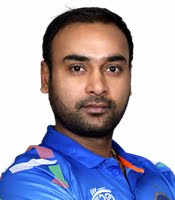 Virat Kohli: As always, Virat was consistency personified. He got at least a half-century in the three games that India won, and in the two matches that he did not, India ended up on the losing side. The series reiterated how much India depend on Kohli for victories, especially in chases. Speaking of chases, his unbeaten 154 at Mohali was another addition to the glowing list of glorious tons in winning chases. For record, he finished the series with 358 runs at an average of 119.33.

Kedar Jadhav: He was undoubtedly the surprise package of the series as far as India were concerned. Selected in the team primarily for his batting abilities, Jadhav ended up impressing more with his off-spin. He claimed six wickets in the series, which sending down only 18 overs, averaging 12.16 at an excellent average of 4.05. He could have done better with the bat, but he did come up with a couple of decent efforts. The 41 in the second ODI was an impressive effort in the losing cause, while he got crucial runs in the final match as well.

Umesh Yadav: He was the unsung hero of the series for India. Often criticised for his inconsistency, Umesh improved on his weaknesses to finish as the second highest wicket-taker, with 8 scalps. The fast bowler had a good average of under 30, an economy rate under six and even his strike rate was very good, just over 30. India will hope Umesh Yadav continues to deliver such efforts.

MS Dhoni: The Indian skipper was not at his fluent best, but worked around his limitations to deliver a serviceable performance. His 91 in the second one-dayer, where he combined with Kohli, was a significant effort, more so since he had promoted himself. He could not get quick runs at Vizag, but hung around and ensured he built a platform for the final launch for the others to take over. Behind the wickets, the Indian skipper was agile as ever, and his incredible behind the hand throw to run out of Ross Taylor at Ranchi has become part of social media folklore.