The MSK Prasad-led selection committee has chosen its first Indian team, for the first three one-dayers between India and New Zealand

The MSK Prasad-led selection committee has chosen its first Indian team, for the first three one-dayers between India and New Zealand. India have rested a number of their senior bowlers, considering the amount of workload ahead in the Tests in the home season. Among the bowlers who have rested the three key ones – Ravichandran Ashwin, Ravindra Jadeja and Mohammed Shami. All three are part of the ongoing Test series at home, which India have already won 2-0 with one Test to go. Kolkata bowling hero, Bhuvneshwar Kumar, who has been ruled out of the final Test, doesn’t find a place in the ODIs too.

The big news for India is the comeback of Suresh Raina. The veteran left-hander has been in and out of the side of late, and has struggled across formats. He hasn’t played an ODI for a year, his last match coming in October 2015. Raina was retained for the T20s, but he failed to impress there as well. He was part of both the Asia Cup as well as the 2016 World T20, but had forgettable returns. In the Asia Cup, he scored 39 runs in three innings, and 41 runs in four innings in the World T20. 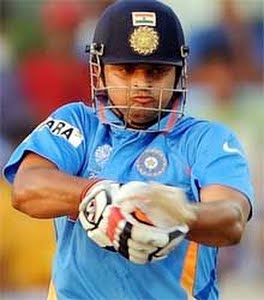 In the batting department, both Shikhar Dhawan and Lokesh Rahul have been ruled out due to injuries. This means, Rohit Sharma will have a new opening partner for the series. MS Dhoni, whose biopic recently released in theatres amidst much fanfare remains the captain of the ODI squad, even as the pressure is growing on him from some quarters to hand over the reins to Virat Kohli. The Indian Test captain has not been rested, and he will be looking to get back among the runs. Ajinkya Rahane is the other key batsman in the team.

India last featured in a one-day series in Zimbabwe, during which a number of youngsters were chosen. From them, Mandeep Singh, Kedar Jadhav and Manish Pandey have been retained for the first three ODIs against New Zealand. Both Pandey and Jadhav have one-day tons to their name. If Mandeep Singh gets a chance, he will be under pressure to perform. They have been some strange exclusions though. Ambati Rayudu, who has an impressive one-day record finds himself out again, as do Faiz Fazal, who made a notable debut, along with Rishi Dhawan.

In the bowling, India will be led by Umesh Yadav, who has been erratic, but the hosts do not really have much options. Jasprit Bumrah, who has been a key part of the team in recent times, finds his deserved place. Dhawal Kulkarni and all-rounder Hardik Pandya are the other pace options in the team. With Jadeja and Ashwin being rested, Amit Mishra finds a place in the one-day team again. Axar Patel and Jayant Yadav are the other spin options. RCB’s Yuzvendra Chahal who was a success in Zimbabwe does not find a place in the team.