In what is expected to be a fiery book, Kevin Pietersen’s autobiography, titled ‘KP: The Autobiography’, is widely being viewed by many as a ‘tell-all’ book,

In what is expected to be a fiery book, Kevin Pietersen’s autobiography, titled ‘KP: The Autobiography’, is widely being viewed by many as a ‘tell-all’ book, in which he is likely to tell his side of the story as to what went wrong during his controversial career, and whom he blames for the debacles that he had to face. From Andy Flower to Alastair Cook and Matt Prior, he has taken a dig at almost everybody. Here’s a compilation of some revelations that have been out till now.

Flower developed a culture of fear: According to Pietersen, Andy Flower, who was at the helm as coach for a major part of his international career, was someone who believed in developing a culture of fear within the team. According to Pietersen, no one in the side dared to challenge Flower’s authority. However, he did not agree with Flower’s tactics, and hence decided to oppose his ways, which is why he was gradually shunted out of the team, alleges Pietersen. He also revealed that he indicated about Jonathan Trott’s stress-related illness to Flower during the last Ashes, but the latter decided to ignore the same. 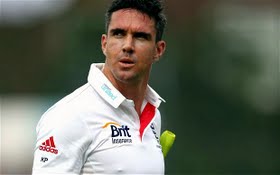 Matt Prior a bad influence: Pietersen also has harsh words for England wicket-keeper Prior in his book. According to the swashbuckling batsman, Prior was a bad influence on the team since he had a lot of double standards. Pietersen alleged that Prior was harsh on Nick Compton, Ravi Bopara and even Jonathan Trott if they messed up in the field. On the contrary, if seniors like Jimmy Anderson or Graeme Swann did the same, he never reprimanded them, thus developing a bad environment in the team. Pietersen has gone to the extent of calling Prior a back-stabber and a horrendous character.

Alastair Cook is a spineless leader: Pietersen was not too harsh on skipper Cook, with whom he apparently didn’t share a great relation, and gave him the benefit of doubt of sorts by stating that he had been put in a difficult situation by the ECB. But, he did criticise Cook’s leadership skills, describing him as someone who always liked talking a neutral stand. Pietersen further added that he felt Cook backed his sacking since he felt his own position could have been in serious trouble had Pietersen been made the vice-captain. He also stated that he was extremely disappointed in Cook, since he had backed him completely on the Ashes tour, which turned out to be his last.

I wasn’t selfish: Pietersen rejected all allegations that he was selfish. According to him, his job in the team was to be aggressive and score runs quickly so as to put the side in a strong position to win the Test. He had to take risks for the same.