In India, the sport of cricket is more than a mere game. Instead, it’s a deep-rooted part of the country’s proud culture. Approximately 400 million local people tune in to watch India at international level. Recently, this widespread admiration for cricket has been the catalyst behind the success of newly-created fantasy platforms. So, let’s take a look at the market’s emergence and compare that to India’s acceptance of other diverse gaming streams.

Interestingly, it should come as no surprise that fantasy platforms have hit the heights among Indian audiences. This is because of the rising popularity of other digital forms of gaming, such as online casinos. While there are many reasons behind this success, few can argue that variation regarding game genre has played a pivotal role in the sector’s growth. 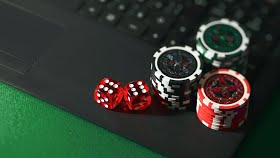 For example, at Genesis Casino, you play in rupees across a wide array of traditional casinos variants, such as baccarat, blackjack, roulette, and slots. Moreover, regarding live offerings, prospective players can also immerse themselves in Andar Bahar and Teen Patti, two of the most popular traditional card games in India. The digital crossover of these titles indicates that web-based versions of real-world activities can flourish, as has also been the case with fantasy cricket alternatives.

India is developing into a significant player in the global gaming industry following its embracing of diverse opportunities. As per Business Today, it’s forecast that the country’s worth in the sector will rise to around £775 million in 2021.

A Digital Route into India’s Most Popular Sport

India’s love for the cricket can be attributed to many factors. Primarily, however, it’s hard to look beyond the foundation of the Indian Premier League back in 2008. Over the last 12 years, the tournament has been the home to some of the sport's most famous players, including Chris Gayle, MS Dhoni, Kevin Pietersen, Virat Kohli, and many more, as per Bleacher Report.

The T20 competition has provided the foundations for the launch of Dream11, a fantasy platform covering the IPL. The service’s parent company, Dream Sports, is valued at over £1.9 million, while the IPL-partnering gaming development has raised over £250 million, according to TechCrunch. Dream11 allows prospective users to select their team of 11 players through a credit-orientated pricing system. In many ways, this digital revolution enhances immersion in the IPL by making it a social connection that its spectators can involve themselves in on a daily basis.

Furthermore, SuperCric is another fantasy platform that seeks to take advantage of India’s widespread love of cricket. Interestingly, the AI-powered application uses data to predict the outcome of upcoming matches, which differs slightly from Dream11.

The Potential to Enjoy Long-Term Success

While fantasy games themselves aren’t a revolutionary concept, the approach taken by both Dream11 and SuperCric provides more depth to the already-popular IPL. Much like live casino games, the advancements offer more interactivity to the sector, thus enhancing user immersion. Because of this model, the foundations are in place for fantasy cricket services to reach new, unprecedented heights in the coming years, especially as the IPL continues to grow.