In the wake of Virat Kohli’s success as leader in Tests, questions are being raised over whether MS Dhoni should continue as the captain of the limited overs team, especially since the latter has retired from the longer format of the game, and his form in the shorter formats too is not as good as it was till a couple of years ago

In the wake of Virat Kohli’s success as leader in Tests, questions are being raised over whether MS Dhoni should continue as the captain of the limited overs team, especially since the latter has retired from the longer format of the game, and his form in the shorter formats too is not as good as it was till a couple of years ago. Further, there are question marks over his availability for the 2019 World Cup. Former India skipper and legend Kapil Dev however has backed Mahendra Singh Dhoni. Kapil and Dhoni are the only Indian captains to have led the teams to World Cup wins.

Kapil believes that Dhoni is doing well enough to remain the ODI and T20 skipper. "I think the answer people should look for is are we ready to ask Dhoni to take a back seat. It is more important. I think if he is good enough he should carry on. When the time will come Dhoni may quit all three formats. But I think at the moment it is very important Dhoni is doing a good job. I think he has 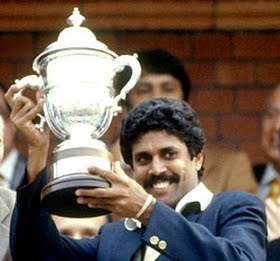 enough experience and he should continue,” Kapil explained to PTI.

The former India skipper refused to compare Kohli and Dhoni as leaders when asked to do so, “It is too early to answer that and again the two individuals are different and every individual is different. Kohli is very expressive, while Dhoni is calm and quite. I think it is very difficult to compare because both have different teams and different attitude.

"Things have changed. Tomorrow you may ask can you compare these two with Sourav Ganguly as captain. So, every captain brings in his own input and aggression and motivation but it all depends on how you use these things with your team for best results. That is captaincy. It is not that you have to be aggressive and if you are not aggressive still you win the match, it is good enough," Kapil said.

On India's poor performance abroad in comparison to their impressive record on home, Kapil displayed positivity. "Our record has certainly improved over the years. When we played on the England tour we were thrashed. Otherwise, we did well in the West Indies and Australia. We will see the future tours and tournament when we go there. At the moment, I think the improvement is there in our performances abroad. After all, if you do not win matches abroad, you cannot become number one in the world," he told PTI. India are on an unbeaten streak, their last Test defeat coming at Galle in August 2005 against Sri Lanka.

Kapil was also asked about day/night matches. On that he said: "I think at the moment they are experimenting with first class matches. I think traditional things should continue. We need to keep the tradition like Wimbledon is always played on grass. You do not play Test matches with coloured cloths."