Even since BCCI invited applications for the high-profile post of India’s head coach, a number of prominent former cricketers have thrown their hat in their ring. Here’s a look at some and their credentials

Even since BCCI invited applications for the high-profile post of India’s head coach, a number of prominent former cricketers have thrown their hat in their ring. Here’s a look at some and their credentials. 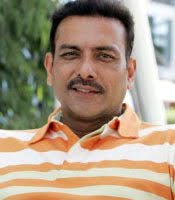 Ravi Shastri: The ex-India all-rounder is among the front-runners for the post. One of the key reasons behind the same is that he has been the Team Director ever since Duncan Fletcher’s contract came to an end – post the 2015 World Cup to the recently concluded 2016 World T20. Shastri enjoys the confidence of both Virat Kohli and MS Dhoni, and he is likely to get the backing of both the skipper. Shastri has chipped in as interim coach as well when the team has needed one.

Sandeep Patil: A member of the 1983 World Cup-winning squad, he is the chairman of selectors at present, but has admitted that he is highly interested in the coaching job. Patil, a hard-hitting batsman, who was also an occasional medium pacer, coached India for a brief while in the 1990s, before being sacked rather unceremoniously. He, however, was instrumental in leading Kenya to the semi-finals of the 2003 World Cup. After Shastri, he is the most likely candidate to take over the post.

Venkatesh Prasad: The medium pacer, who formed a memorable association with Javagal Srinath throughout the 1990s, Prasad has taken to coaching in his post-retirement days. He was the bowling coach of Team India from 2007-2009, before being fired. He has also worked with CSK and RCB in the IPL. Although not a front-runner to get the post, he is definitely a dark horse for the job.

Balwinder Singh Sandhu: The former pacer of the Indian bowling attack, and another member of the 1983 World Cup-winning squad, Sandhu will forever be remembered for dismissing Gordon Greenidge in the final as the legendary West Indian shouldered arms. But, he has vast coaching experience, running into decades. Sandhu has also coached Ranji’s most successful team, Mumbai.

Lalchand Rajput: Another Mumbai man, Rajput was the coach when underdogs India won the inaugural World T20 in 2007 under an unheralded MS Dhoni in South Africa. He could be an interesting choice as coach. A former Mumbai Indians coach, Rajput also served as Team India Manager in 2007-08.

Pravin Amre: A protégé of Ramakant Achrekar, he may not have tasted as much success at the international level as the likes of Sachin Tendulkar and Ajit Agarkar. But, he definitely has good coaching credentials. The Mumbai man has worked with the likes of Robin Uthappa and Ajinkya Rahane, and has been hailed for his contribution. Amre has also been associated with the Mumbai Ranji team.

Also in the fray

Robin Singh, Vikram Rathour and Stuart Law: While there is no confirmation over the same, news reports claim they too are interested in the post.

They were also stories of Jason Gillespie eyeing the post, but the former international fast bowler has denied the same.