Highveld Lions pulled off their second straight win in the CLT20 2012 by defeating Chennai Super Kings at Newlands in Cape Town.

Highveld Lions pulled off their second straight win in the CLT20 2012 by defeating Chennai Super Kings at Newlands in Cape Town. The South African domestic team clinched a thrilling run chase thanks to opener Gulam Bodi’s fifty. For the Chennai Super Kings, it was a disappointing second defeat in a row.

Asked to bat first, CSK posted a competitive total of 158 for 6. Skipper MS Dhoni came up with 34 (from 26 balls with 2 fours and 2 sixes) while S Badrinath played a crucial cameo of 27* (from 14 balls with 2 sixes). Quite a few CSK batsmen got off to starts but failed to last long. At one stage, the CSK team was stuttering at 106 for 5 in 15.3 overs before MS Dhoni and Badrinath rescued them with a beautiful partnership. Once again, left-arm spinner Aaron Phangiso turned out with misery figures for the Lions, this time with 4-0-17-2. 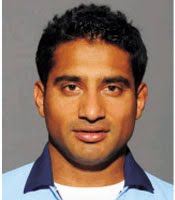 In their run chase, Doug Bollinger put the Lions on the backfoot. The innings hardly was getting any sort of momentum with Gulam Bodi consuming lots of balls and struggling to score runs. However, the left-hander got going eventually and made up for that with four sixes! Bodi went onto score 64 (from 46 balls with 5 fours and 4 sixes) before leaving the park with Lions at 101 for 3 in 13.3 overs. Skipper Neil McKenzie contributed 32 (from 34 balls) to set up the run chase nicely for the Lions.

In the end, Chris Morris made the difference with his 12* (from 7 balls with a six) while left-handed Jean Symes held his nerve to score an unbeaten 39 (from 23 balls with 5 fours). For CSK, Doug Bollinger’s efforts of 4-0-18-2 went in vain. The Man of the Match award surprisingly went to Aaron Phangiso ahead of Ghulam Bodi.

Toss and Teams: Lions led by Alviro Petersen have won the toss and asked Chennai Super Kings to bat first in the Group B Match at Newlands in Cape Town. Lions have made no changes to the XI that defeated Mumbai Indians. CSK have made two changes with Albie Morkel and Wriddhiman Saha coming in for Michael Hussey and Yo Mahesh.