Has Glenn Maxwell Become the Reliable Cricketer that He Longed to Become?

Back in 2017, Australia’s top-order batsman, Glenn Maxwell, stated that he wanted to become a reliable cricketer, as opposed to targeting longevity at the crease. Interestingly, this is a theme that has been echoed by many in the cricketing world, including former Indian international, Ajit Agarkar, who suggested in 2015 that Maxwell needed to evolve his game away from being dangerous. So, three years later, let’s see whether the 31-year-old has progressed stylistically.

If Maxwell’s most recent One Day International display is an indicator of what’s to come from the Australian, then there are undoubtedly reasons for optimism. In the decisive match between England and Australia at the Emirates Old Trafford in Manchester, Alex Carey and Maxwell stepped up to the plate in overturning a run chase of 303. After Jonny Bairstow scored an impressive 112 to give England a healthy score after a poor start, the hosts looked to be in control.

However, the efforts of Carey, and, in particular, Maxwell, epitomised the progress that the 31-year-old has made concerning his approach to cricket. Despite looking for the boundaries whenever possible, the Kew-born all-rounder was far more measured at the crease, and that was reflected in his pivotal contribution in a 212-run partnership.

After taking a break last October, Maxwell appears revitalised when stepping onto the pitch. Fundamentally, this new lease of life will likely serve both the 31-year-old and the King XI Punjab well throughout the 2020 Indian Premier League. Given his recent form, Maxwell has become one to watch in this year’s IPL, which continues to be one of the sport’s most popular domestic leagues.

Because of the IPL’s riches and abundance of world-class players, its popularity has reached new heights, as showcased by its appeal at online sports wagering platforms. Given that the IPL requires its accuracy, due to the league’s all-action, unpredictable format, numerous bonus-offering betting operators listed at BettingGuru provide guidance on various markets, including match and toss winner, the best batsman and bowlers, as well as total sixes, and much more.

Striving to Become a Genuine All-Rounder

From a batting standpoint, few can argue that Maxwell doesn’t possess the natural talent to become one of the world’s best. According to Australia’s coach, Justin Langer, the 31-year-old has the ability to be as good as Virat Kohli, who is widely considered to be the world’s greatest batsman. Interestingly, Langer added that the next hurdle for Maxwell to overcome was one-day cricket. However, if his recent showing against England shows anything, it’s that the Australian is now capable of adapting to all formats. 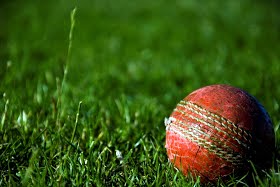 Regarding his bowling, the right-arm break off bowler boasts dangerous numbers for someone with such prowess at the crease with the bat. According to his statistics at Wisden, the 31-year-old has taken eight wickets and conceded 341 runs in test match cricket. Concerning T20 figures on an international level, which will be of interest to King XI Punjab supporters, he has taken 50 wickets in return for 2567 runs.

Following his break from the game for personal reasons, Maxwell looks to have returned with a real sense of focus. Although he’s often surrounded by elite-level batsmen, such as David Warner and Steve Smith, the all-rounder still manages to stand out from the crowd. Ultimately, going forward, there’s an opportunity for Maxwell to cement his status as a reliable top-order