Delhi Capitals will have the “Problem of Plenty” this IPL

The Delhi Capitals have been the perennial underdogs as far as the last few years of IPL are concerned. They are the only team amongst the current lot to not have reached the finals even once. But things sort of changed last season, as they went on to qualify for the playoffs after a gap of 6 long years. The last time they had qualified for the playoffs (except for the previous season) was way back in 2012, the time when Sehwag was still their skipper, and they boasted of T20 giants like David Warner, Kevin Pietersen, Ross Taylor, Andre Russell, Glen Maxwell, Mahela Jayawardene, and Morne Morkel. Sounds like quite a squad ! And this is where it all went downhill for them, they didn’t stick to their core team. Obviously players like Warner, Maxwell and Russell weren’t as intimidating back then as they are now, but still if they had stuck with them, they would have been a lot more successful in the years to come. Not to forget they had let go of AB de Villiers in 2011 !

Fast forward to 2020, the IPL is finally happening, and DC have started training with their squad. This time they have focussed on a strong Indian core consisting of Shikhar Dhawan, Ajinkya Rahane, Ravi Ashwin, Shreyas Iyer, Rishabh Pant, Prithvi Shaw, Amit Mishra and Ishant Sharma. Their overseas talent too is no less as they have big names like Kagiso Rabada, Shimron Hetmyer, Sandeep Lamichhane, and Marcus Stoinis to name a few. 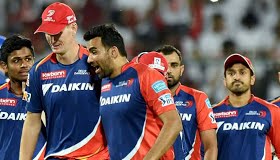 But one thing is common to both 2012 and 2020 : the problem of plenty. Back in 2012 they had the problem of too many overseas players, and had to bench people like Andre Russell for most of the season. Now as well, they have that problem but the only difference is that the problem of plenty isn’t for overseas players only, but for Indian players too, with respect to similar roles within the team. For example - top order. They have players like Rahane, Shaw, Dhawan, Alex Carey, who could all easily walk into the first XI as openers. But now they will have to push some of them down, most probably Rahane to number four, assuming that their skipper Shreyas Iyer has nailed down the number three slot for himself with consistent performances over the years at that position. What this also implies is that their batsmen like Shimron Hetmyer and Rishabh Pant will be pushed to number 5 and 6, although they could easily have grabbed the number three or four slot had it been vacant. Similarly in the spin department, they have the bowlers like Ashwin, Axar Patel, Lamichhane, and Amit Mishra who all would straightaway walk into any first XI they play, but most probably only two of them will make the cut.

So, they clearly have too many players for similar roles, but this is where versatility of players comes into picture. Given the situation, different players will have to adapt to different and previously unexplored roles, and let’s hope they continue their momentum from the last IPL and go one step further to reach the finals for the first time.