India vs Pakistan rivalry is considered among the most intense in world cricket. Although there is a lot of pressure on the two sides, players have often stated that they have enjoyed playing in these encounters the most.

In a podcast with Shane Watson titled 'Lessons Learnt with the Greats', former Pakistan captain Wasim Akram too has admitted that loved playing against India and the pressure it brought along. Akram specifically recalled the 1999 tour of India where Pakistan got a standing ovation in Chennai after a tense win. 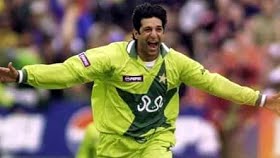 “I used to enjoy Indo-Pak pressure, used to take it in a positive way,” Akram told Watson in the podcast. Recalling the 90s, the ex-left armer stated that Pakistan won a lot against India in that decade, something which he looks back upon with great satisfaction.

“The 90s we won a lot against India. Nowadays it’s a different story. It’s the opposite. The tables have turned I suppose. If you talk about tours, I would pick an India tour. 1999 - We toured India after 10 years,” Akram added.

Speaking specifically about the Chennai Test, Akram admitted that he didn't expect the standing ovation. In fact, he had told his players that there would be no support from the crowd.

“Saqlain Mushtaq bowled a phenomenal over. The inventor of doosra. We got a standing ovation from the Chennai crowd. That was my favourite tour," the Pakistan legend went on to admit

Akram also agreed that performing against India was always a huge high for any Pakistan player. "Once you perform against India, you get recognised in Pakistan. I am sure that the same is the case for Indian players as well," he told Watson.