On Sunday, Abdur Razzaq equalled the fastest ODI half-century by a Bangladesh batsman, reaching his 50 off 21 balls. He ended up unbeaten on 53 off 22 balls. However, the blistering knock wasn’t enough to stop Zimbabwe from rollickinghome to a six-wicket win.

On Sunday, Abdur Razzaq equalled the fastest ODI half-century by a Bangladesh batsman, reaching his 50 off 21 balls. He ended up unbeaten on 53 off 22 balls. However, the blistering knock wasn’t enough to stop Zimbabwe from rollickinghome to a six-wicket win. Back in 2005, Mohammad Ashraful had slammed 50 off 21 balls vs England at Nottingham in June 2005. Ashraful went on to make 94 from 52 balls, but Bangladesh once again lost, this time by a massive margin of 168 runs. Here’s a look at fastest ODI fifties from players of different nations.

India: Ajit Agarkar slapped 50 from 21 balls against Zimbabwe at Rajkot in December 2000. Batting at number eight, Agarkar ended up on an unbeaten 67 from 25 balls, with the aid of seven fours and four sixes. Agarkar also picked up three wickets with the ball as India won the game comfortably by 39 runs.

Pakistan: Shahid Afridi raced to his half-century off 18 balls against Sri Lanka at Nairobi in October 1996. Afridi went on to hammer 102 from 40 balls, with six fours and 11 sixes, during which he also became the fastest to cross the 100-mark. Pakistan went on to win by 82 runs. 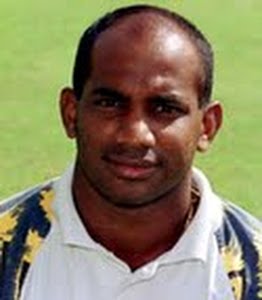 Sri Lanka: The blaster from Matara, Sanath Jayasuriya, reached his 50 off 17 balls against Pakistan at Singapore in April 1996, which is also the fastest fifty ever in ODI cricket. Jayasuriya ended with 76 off 28 balls, but Sri Lanka collapsed to lose the final of the Singer Cup by 43 runs.

Australia: Simon O’Donnell holds the record for the fastest fifty by an Aussie, gathered off 18 balls. O’Donnell made 74 from 29 balls, with four fours and six sixes against Sri Lanka at Sharjah in May 1990. Australia piled up 332 for 3 and went on to win by 114 runs.

South Africa: Mark Boucher slammed a half-century in 19 balls against minnows Kenya at Cape Town in October 2001. South Africa won the match by an unbelievable margin of 208 runs. Justin Kemp also made 50 off 19 balls against Zimbabwe at Durban in February 2005.

West Indies: Darren Sammy thrashed 50 from 20 balls against South Africa at Antigua in May 2010. Sammy ended up with 58 from 24 balls with the aid of 2 fours and 6 sixes, but South Africa won by 17 runs.

England: Paul Collingwood is the surprise record holder for the quickest fifty by an Englishman. Collingwood made 50 off 24 balls against New Zealand at Napier in February 2008. Collingwood ended up unbeaten on 54 from 30 balls with the aid of six sixes in a pulsating encounter that ended in a tie.

Zimbabwe: Douglas Marillier stunned India by blasting 50 off 21 balls against India at Faridabad in March 2002. Marillier ended up with 56* off 24 deliveries, with 10 fours and one six, as Zimbabwe shocked India by one wicket.